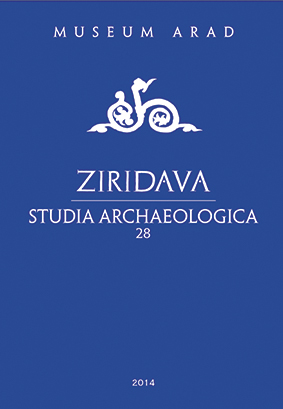 Summary/Abstract: As part of a phenomenon spread throughout the Roman Empire, the Egyptian divinities alsomade their way into Roman Dacia. They were introduced by the most mobile social categories, by soldiers,merchants, but also by representatives of the administration and by slaves. The Egyptian gods can be found inPotaissa, Ulpia Traiana Sarmizegetusa, Apulum, Micia, Romula etc. Together with Isis and Serapis, Harpokrates,Bes, Ammon, and Apis also reached Dacia, but the present articleonly deals with the child-god Harpokrates (thechild Horus). He is only encountered in Dacia under the form of small-size figurative representations and nopublic cult is known, though it is possible it was associated to the cult of Isida. The use of the representationsof the god Harpokrates in a more intimate and personal environment creates a social dimensions that can befollowed starting with Ptolemaic Egypt, throughout the Roman Empire, including the province of Dacia. Peopleaddressed this god in order to have some of their wishes fulfilled, either through the mediation of religion, orthrough that of magic.I find it necessary to include a small catalogue that reunites the discoveries connected to this god in RomanDacia, as well as gems preserved in the collections of several museum from Romania, but with unknown placesof discovery. The catalogue was structured according to the categories of objects and is followed by discussionsregarding this discoveries.