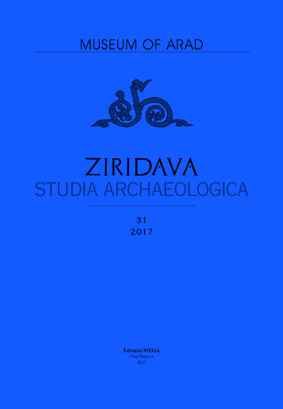 Summary/Abstract: The reasons behind elaborating this article are related to the results of the preliminary archaeologicalexcavations performed in Ineu in 2016. We believe and especially hope that this stage representsa significant first step in the rediscovery of the early phases of use of the fortress in Ineu, an initiative thatis also extremely important for the restoration process initiated by the local authorities. The history of thesettlement of Ineu is tied to that of the castle and the medieval fortress now located in the central part of thetown. Considering these aspects, we deemed necessary to complement the presentation of the results of thefirst archaeological excavations with a brief presentation of the most significant moments that have markedthe history of the fortress and settlement of Ineu from the Middle Ages until today. Despite the fact that ourinvestigations were limited, the results thus obtained are promising in relation to the development in time fromthe so-called castellum to the 17th century bastionary fortification and the modifications of the 19th century. Theopened trenches have touched parts of the northern, western, southern, and central parts that only representone percent (1%) of the total surface that measures 4500 m2, of what is today a castle, with a plan acquired inthe second half of the nineteenth century. As for the entire complex, it is increasingly difficult to identify partsof the planimetry of the old noble residence, but also of the bastionary fortification due, on the one hand, to thetown planning development that has largely overlapped the intra and extra muros areas, and on the other handdue to the chaotic edilitary “momentum” of the last few decades. The various maps, ground plans, conscriptionsand inventories, vedute, sketches, or photographic images are thus of real help. They can at least aid in the reconstructionof the general planimetries, but sometimes also in reaching certain detail issues.