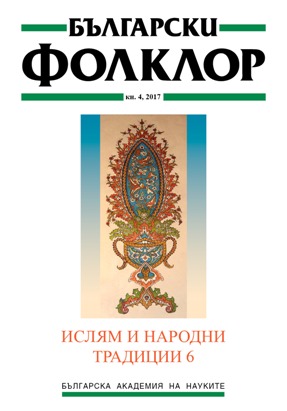 Summary/Abstract: The paper presents the topics and contributions in the contemporary study of the culture of Muslims in Bulgaria. It discusses scientific publications with an anthropological focus from the post-1989 period, when the theme about ethnic and religious minorities in Bulgaria became particularly relevant. One of the main topics of research is the state policy towards Bulgarian Muslims in the 20th century, which receives a new interpretation and evaluation. The study of inter-confessional relationships remains one of the leading lines of research in the early 21st century, too. Numerous studies have been published on the various ethno-confessional groups – Bulgarian Turks (Sunni, Alevi), Roma, Tatars, Muslim Bulgarians. The publications analyze elements of their culture, issues of religion and identity. Ordinary people, their culture, their strategies for adaptation in the changing social environment became increasingly an object of study instead of political history. Changes occur also in the approach to research; attention is redirected from highlighting the common elements in the culture of Christians and Muslims to analyzing the specificities, the alternative memories, local culture and identity of Muslims in Bulgaria.