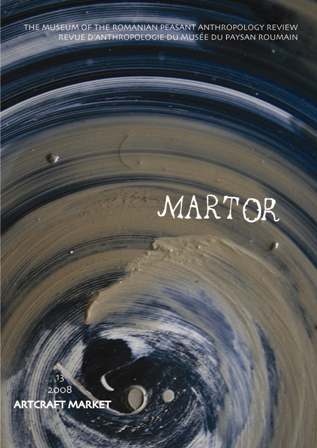 Summary/Abstract: This paper is concerned with the constitution and the functioning of the market of artefacts in present-day Romania and tries to bridge the domain of culture (to which it has been confined by the national ethnology) with the domain of economics in an approach framed by anthropological economics (Sahlins: 2004[1974]) or what lately has been called cultural economics (Gudeman: 1986). We address the ‘market’ as a process rather than a place or a universal model, by merging the local and the global and by framing it in the historical dimension. Instead of seeing the present Romanian market of artefacts as a product and manifestation of postsocialism, and as a particular moment inspired by a rupture with the past, we will place it in a continuum of different periods which have pulled together to create its existing expression. We will examine the role and status of the Romanian peasant artisan in the „global hierarchy of value“, namely in the midst of prevailing consumer ideologies, which overemphasize mass technology to the detriment of specific local competences (Herzfeld: 2004). We will therefore ask how artisans survive in the market economy and what strategies they employ to fit into the new capitalist order. In other words, how do they legitimize themselves as indexes of ‘tradition’ in the new ‘modernized’ world?