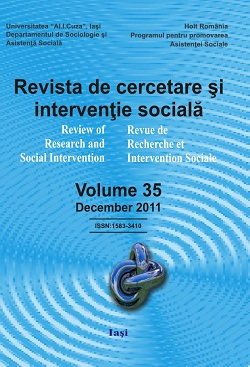 Summary/Abstract: In XVII-XVIII centuries in England, the thinking of those who were concentrating on demographic phenomena was dominated by food resources, the development of capitalism and situation of the poor people. Also, profit and wages appeared as two complementary but opposite incomes, the profit maximization supposing to maintain at a low level of wages. Through the conception on the population, related to the fact that the number of individuals increases in geometric progression (it doubles every twenty-five years), while the subsistence means increase in arithmetic progression, Malthus is considered the initiator of demographic studies. In his work are combined the precepts of Christian morality with those of sociological nature. Malthus‘s model drew attention to a real and major problem, that of the relationship between population development and means of subsistence. From his works results that through the uncontrolled reproduction of mankind, the world is condemned to misery, increased infant mortality, diminution of life expectancy, etc., respectively to the worsening of economic situation in general. To prevent such a development, Malthus proposed the moral type constraint, designed to limit and control population growth, for improving the living standards for the people. The echo of ideas shown was amplified by the fact that the financial allocations to support the expenditures with public assistance were seen by the English ruling class as a bonus granted to laziness and procreation, and the reproduction of the poor was seen as attracting the increase of private entrepreneurs’ debts.