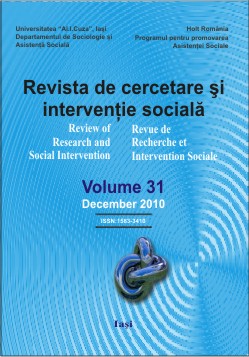 Summary/Abstract: In order to raise awareness about the importance and topicality of this issue, one must analyze the dimension and proliferation of economic inequality on a global level, given the fact that the data and the classifications provided by social sciences do not mirror the actual situation, as they do not succeed in interpreting the difficulties many families are currently facing, either directly or indirectly, during the present economic crisis. On a global scale, the building up of wealth and inequality in the distribution of income is a growing phenomenon, highly visible in developed countries and in world macro-regional relations. The current economic crisis is the driving force of this process, constantly increasing in speed and intensity and equally deepened by the imbalances that have caused a decrease in consumption. This paper will address the social impact of unemployment in the main European Union member states and Romania, often in contrast with the United States, the origin of the present crisis. It will focus on the agents that have helped control the damages in European countries, often more effectively than in the US, as well as the instruments used to control the social effects of the economic crisis, given the surprising interest of economists in protecting the “labour force” and not the “place of employment”. Therefore, the effects of the present economic crisis have become a challenge that social Europe cannot afford to overlook if it wants to encourage “sustainable development”, as stated in the 2020 strategic plan.