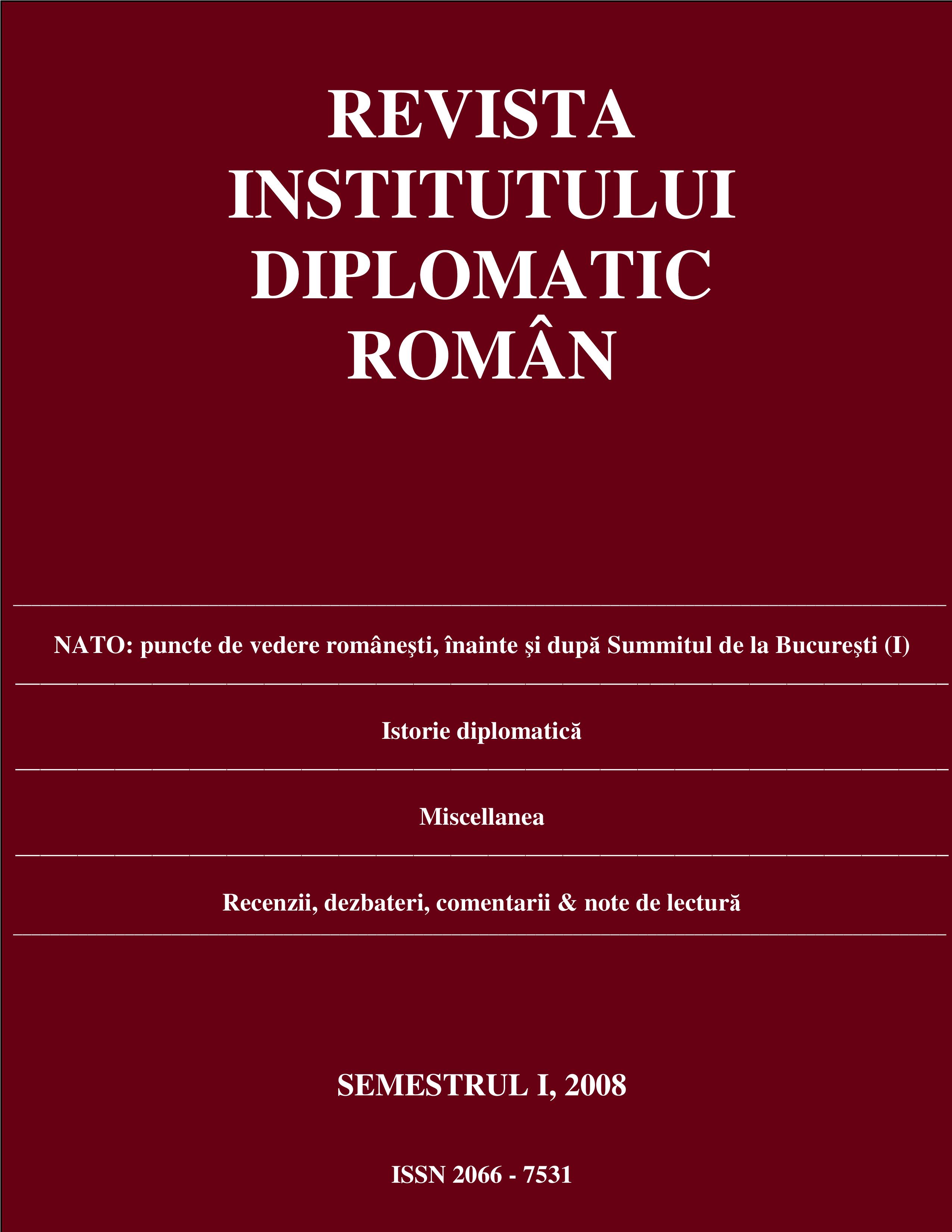 Summary/Abstract: It is quite obvious, currently, that the entire process of N. A. T. O. build-up was speed up by what was happened in Prague and Berlin, in Spring and Summer of 1948. The fear of a possible Soviet aggression was present, in the diplomatic circles, and represented a stimulation for taking some measures in the field of security. This goal was achieved in two stages. First of all, the Bruxeles Pact, which include France, Great Britain and Benelux countries, was, in the Ernest Bevin words, the „first circle” of some security arrangements. The second one, was, finally, N. A. T. O.; the Europeans convinced themselves that cannot be security without United States participation, as the most capable power, from military and economic perspective, to guarantee the existent status – quo in Western Europe. This final achievement produced after a series of bi and multilateral negotiations and, also, after United States Congress cut the constitutional ties which lock the U. S. participation to the collective security arrangements.