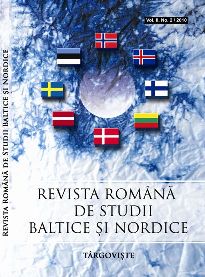 Summary/Abstract: The Soviet – British treaty is very well known. It represents the end of a road that began in December 1941, through Anthony Eden’s visit to Moscow. On that occasion Stalin forwarded a project that, actually, divided the mutual domination in Europe and modified the frontiers. But the final treaty, signed on May 26, 1942, doesn’t mention anything about the territorial changes discussed in Moscow. On Berlin’s instructions, some Swedish journals published articles regarding the so-called „territorial clauses” which, in fact, don’t exist in the actual treaty. We consider these standpoints as an episode in a „war of nerves”, which caused significant damages to the Allied cause, at public opinion level.