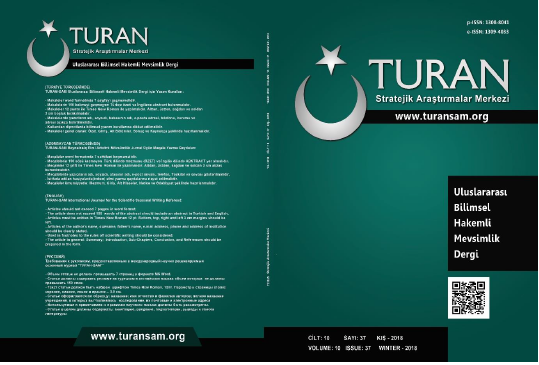 Summary/Abstract: Throughout the Georgian history among the Caucasian peoples, the population, influence and the strategic importance of the country they live in have gained a significant place in the region. Turkey signed the Protocol on the Establishment of Diplomatic Relations Between the Two Countries on May 21, 1992, after the dissolution of the Soviet Union in 1991, and the declaration of Georgia's independence on 16 December 1991. According to these signed protocols, these two neighbors were not on paper for a while. The Department of Georgian Language and Literature, opened in Kars Kafkas University in Turkey, tries to teach the language, literature, culture and history of an important country and its citizens to its citizens.