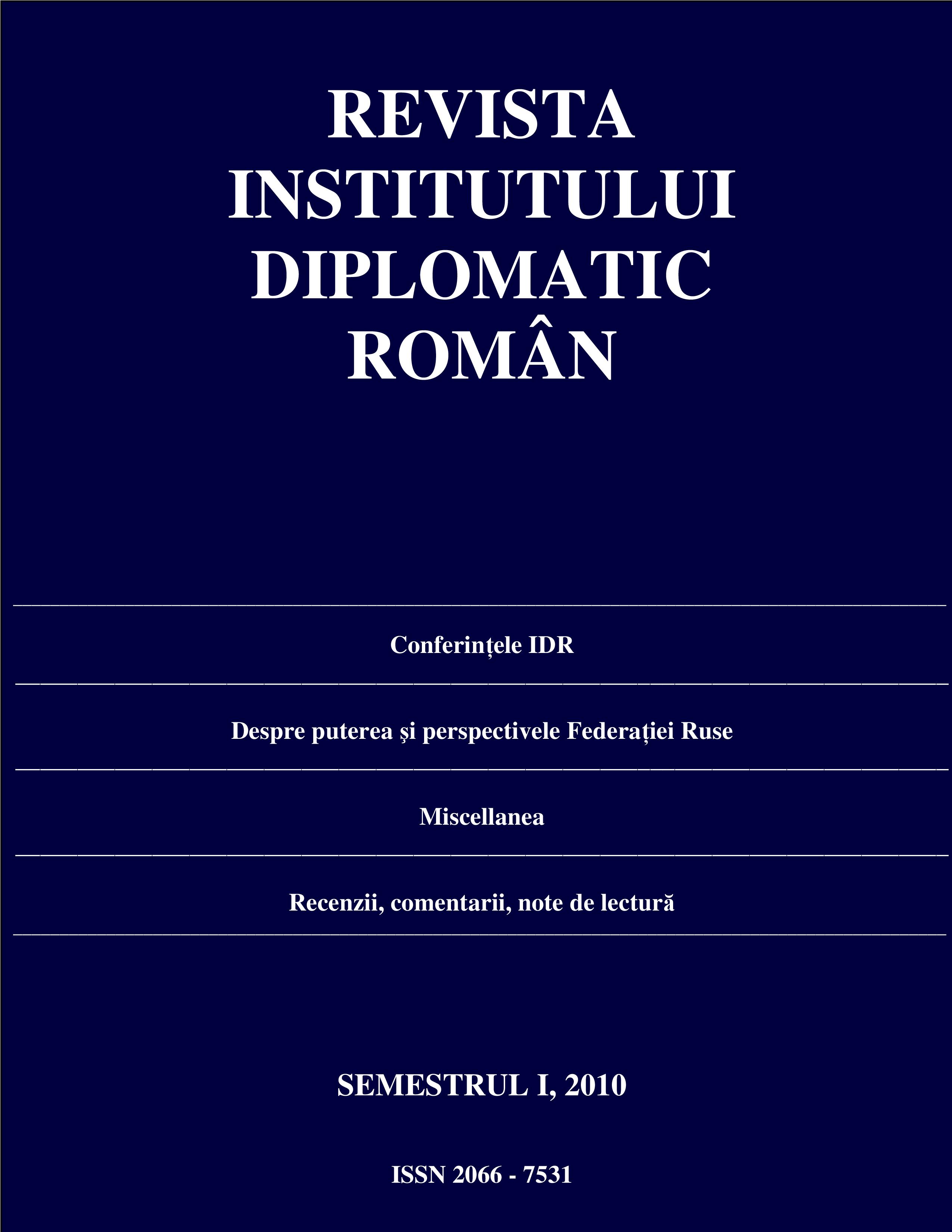 Summary/Abstract: The study explores, with a lot of details, the power status of South Africa, in the new context after apartheid was completely abandoned and the country reintegrated itself within the regional / continental and global community. The author clearly states that she is going to extensively use the concepts of Realism in International Relations. She states that the new foreign policy of South Africa is based on massive changes within the framework of domestic political life. The most important part of the study is an interesting and detailed presentation of the elements of national power of South Africa, using the notorious list issued, several decades ago, by Hans J. Morgenthau, the founding father of modern Realism in International Relations. The study integrates many elements belonging to an extensive interview with the Ambassador of South Africa in Romania, who expressed his opinions on the 14th of June, 2010.