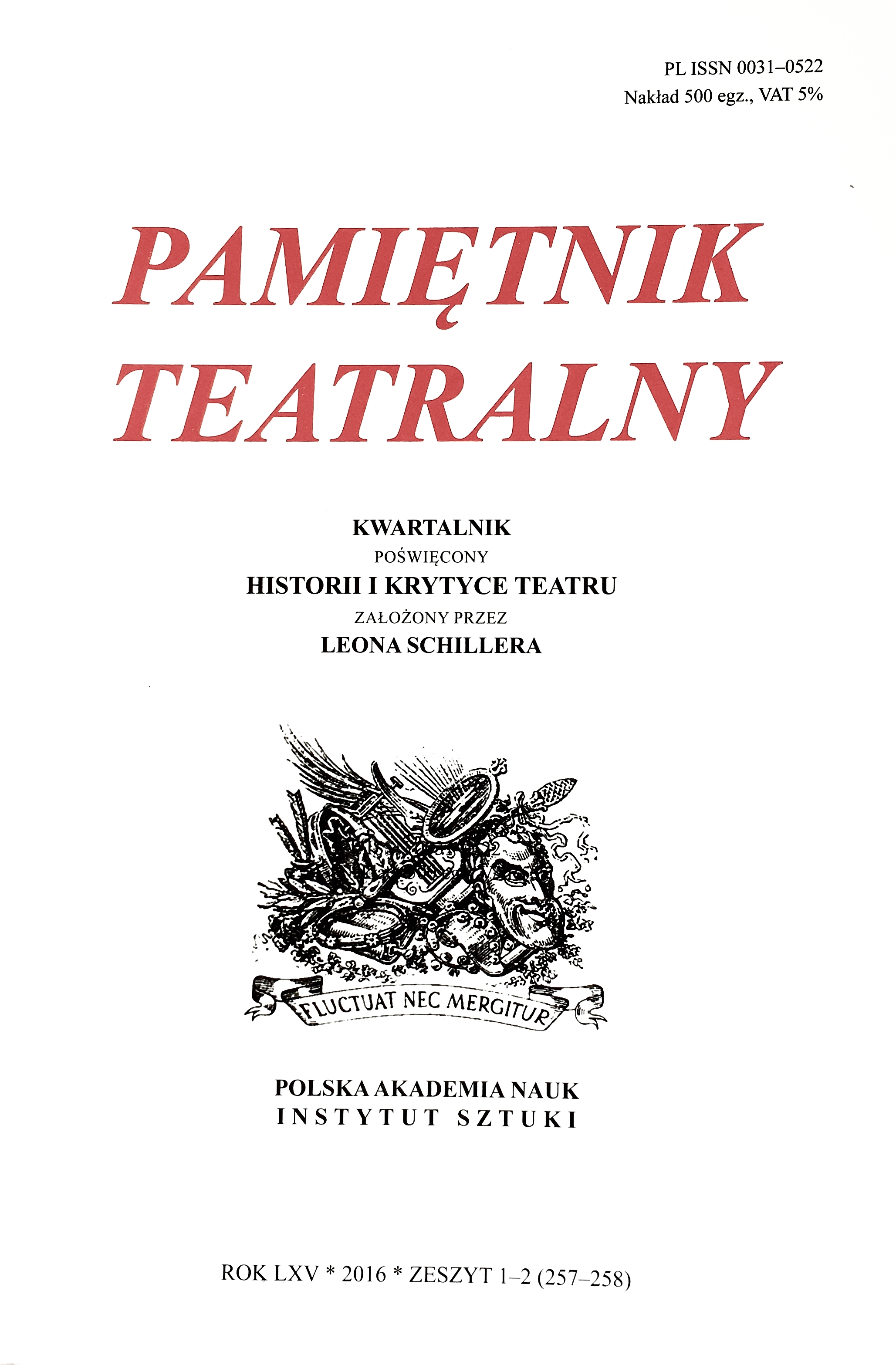 „Do nieba? Bluźnisz daremnie”
“To Heaven? You Blaspheme in Vain”

Summary/Abstract: The article deals with the production of Tragiczne dzieje doktora Fausta (The Tragical History of the Life and Death of Doctor Faustus) after Christopher Marlowe directed by Jerzy Grotowski and put on by the Laboratorium 13 Rzędów Theatre in Opole (premiered on 23 April 1963). The show became famous mostly for Zbigniew Cynkutis’ outstanding performance in the title role and Jerzy Gurawski’s stage set. It was also the first of Grotowski’s productions that garnered international acclaim. Until now, however, not enough attention has been paid to its dramaturgy and overall significance as an autonomous piece of artistic expression; instead, it has been viewed mostly as a step on the way to Grotowski’s more mature theatre. By reconstructing and recounting the particular scenes in chronological order the author presents his own interpretation of each of them and of the performance as a whole. Through this process, almost scandalous associations of great historical and ethical themes (e.g. theology after the Holocaust) with personal struggles with private inhibitions and intimate experiences can be found. It is through such associations that Tragiczne dzieje doktora Fausta was named “a mystery of awe and wonder.”