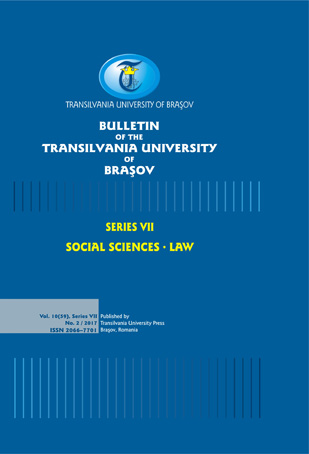 Summary/Abstract: The last presidential elections in the United States of America (2016) have brought to the international public opinion’ s attention the phenomenon of “fake news”. Though it isn’t a new phenomenon, the spread of fake information for manipulating and misinforming the masses has existed in all historical periods. This time the phenomenon was noticed because of the number of fake news and, especially because of their impact, starting the discussion whether the victory of Donald Trump happened because of fake news and raising the question whether this phenomenon is a danger to democracy. An important reaction came also from the part of technology companies, of tech giants, Google and Facebook especially, which want the implementation of the phenomenon. Misinformation with public speech under the form of fake news brings to discussion the responsibility in the online space, but also the protection of people against this phenomenon.