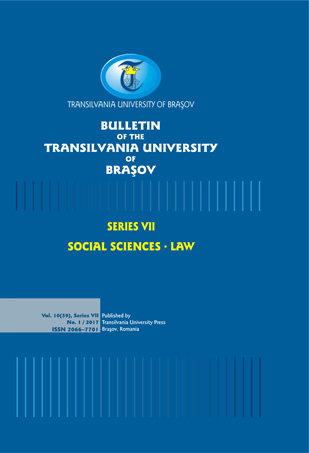 Summary/Abstract: Mass-media has an important role in the functioning of a democratic state. It informs the citizens, it assures the space for public debates and educates the public in the spirit of democratic values. There are situations when the press skids from this role, when it becomes an instrument of propaganda, misinformation and manipulation or when, by over mediatisation and by spectacular treatment it changes the character and the sense of the public debate. Some specialists consider that these situations lead to the damage of the principles and of the mechanisms of the democratic life. For others, though, the media revolution brings benefits to democracy, the never seen before rise number of participants in the process of taking decisions.