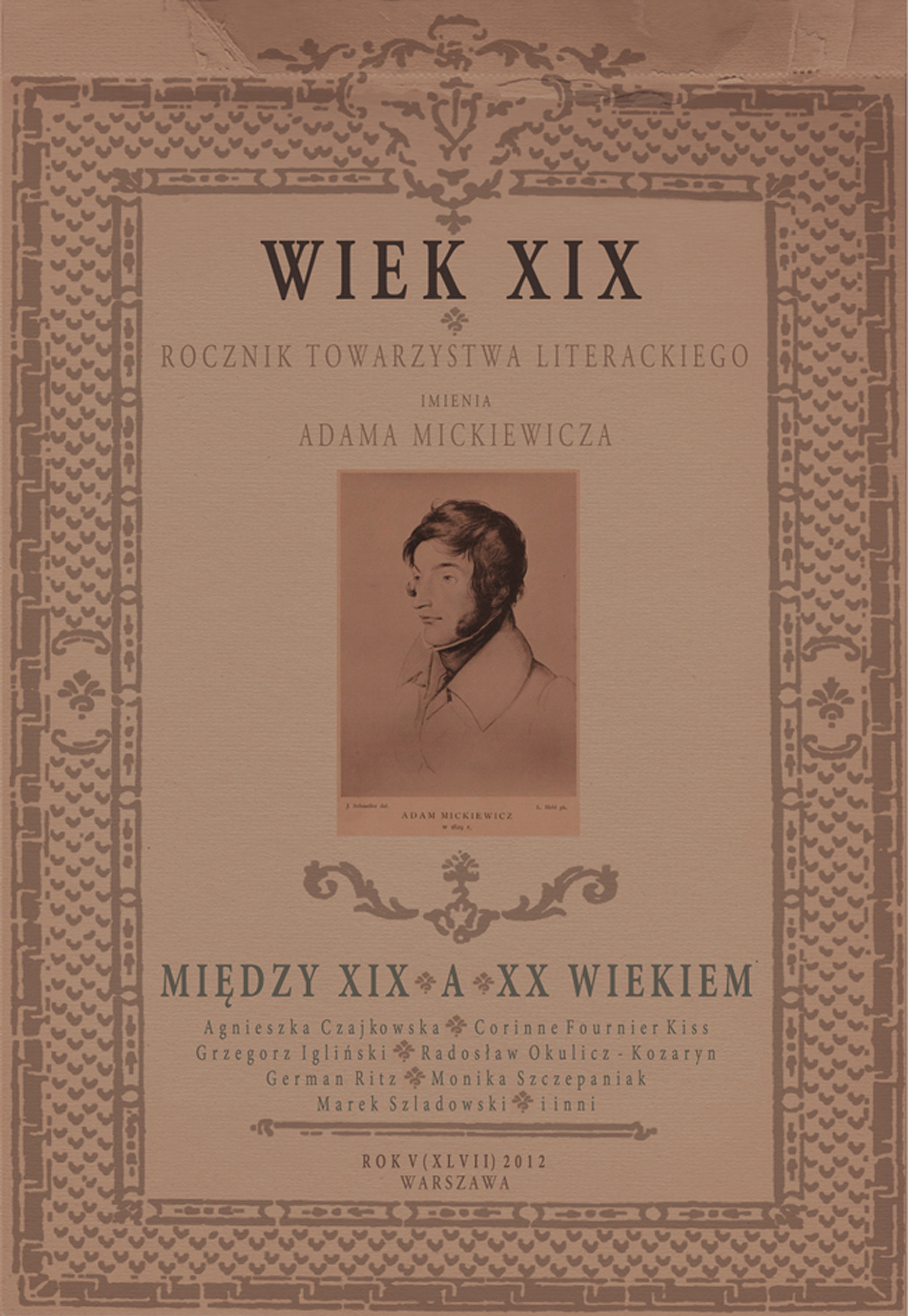 Summary/Abstract: Among the literary and artistic occurrences of the year 1894, two most notorious ones stand out: the exhibition of Władysław Podkowiński’s painting "Szał" [‘Frenzy’], regarded as a manifesto of the new trends in art and implying a series of repercussions; and, the publication by Kazimierz Przerwa-Tetmajer of Series 2 of his "Poezje" [‘Poesies’] followed by the volume’s extensive heated reception. Jacek Malczewski with his famous "Melancholia" [‘Melancholy’], of the same year, set the seal on a turn in his painting activity. Along with other important works, a selection of plays [Wybór pism dramatycznych] by Maeterlinck, translated and with a programme introduction by ‘Miriam’ (Zenon Przesmycki) was issued at the time, as was Baudelaire’s "Les fleurs du mal", translated (as "Kwiaty grzechu") by Zofia Trzeszczkowska (‘Adam M-ski’) and Antoni Lange. All these breakthrough facts were reflected in Adam Asnyk’s poem "Szkic do współczesnego obrazu" [‘A sketch for a contemporary painting’] as well as in Ludwik Szczepański’s poem "Szkic do obrazu współczesnego" [do.], both published in the following year. The article traces their mutual interdependencies, reminding the statement, apparently unjustifiably abandoned, whereby the Young Poland movement was commenced in 1894.