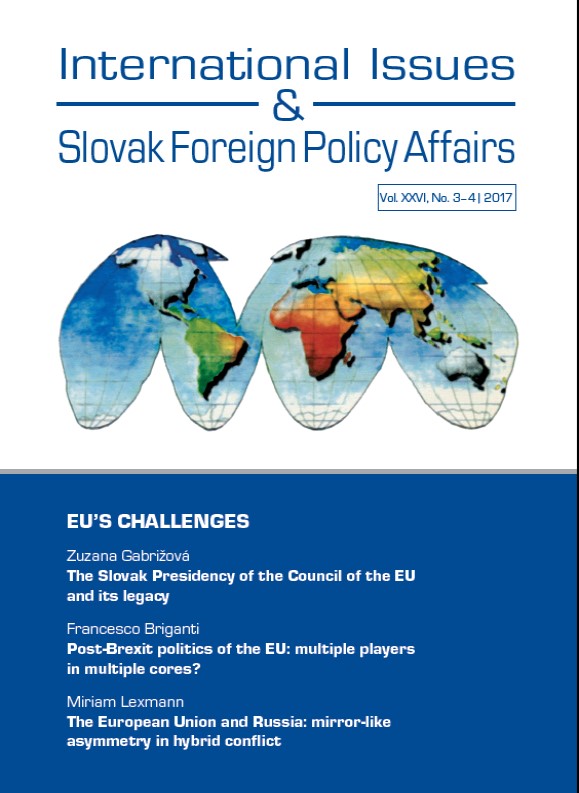 Summary/Abstract: Although the issue of hybrid war with its instruments and phases is well elaborated in the academic literature, the Russian invasion of Ukraine and illegal annexation of Crimea has introduced certain new aspects of hybrid and non-linear warfare to the international political and academic agenda. The author attempts to synthesize the existing definitions of hybrid warfare in the Western literature with the new generation warfare involving the Russian/Soviet concepts of deep operations, active measures and reflexive control, and non–linear war. By analyzing the so called Gerasimov Doctrine,the phases and sections of Russian hybrid warfare in Ukraine, and political developments in Moldova, the author comes to the conclusion that the current situation in Moldova can be characterized as the preparatory phase of a hybrid war that may shift into attack and stabilization phases in the following year when parliamentary elections are held in Moldova. In addition, the author argues that – despite a lack of certain key prerequisites for Russian hybrid war in Visegrad countries (such as a Russian ethnic population) – the V4 still faces the risk of a growing Russian influence, and that V4 countries can still be targeted by Russian non-linear warfare within the vulnerable spheres indicated.