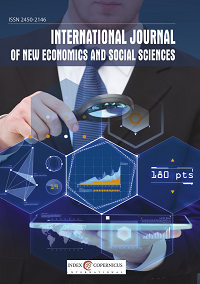 Summary/Abstract: The article describes the features of the regulation on pricing policy of Volyn in the period of the early twentieth century. The role of local authorities in this process has been investigated. Found out that the bodies of municipal government during World War I tried to adjust the price of food and essential goods, but given the realities of the war, they were forced to their povyshat. An important element in this work city councils in Volyn was that they managed to avoid sharp jumps in prices for main groups of goods, to a certain extent weakened the social tension in the border areas. While the price review mechanism was used. The reasons for the revision of prices were handling the merchants with offers them to reconsider. So, these issues were dealt with at the local level and in different places the price could at one and the same product differ.