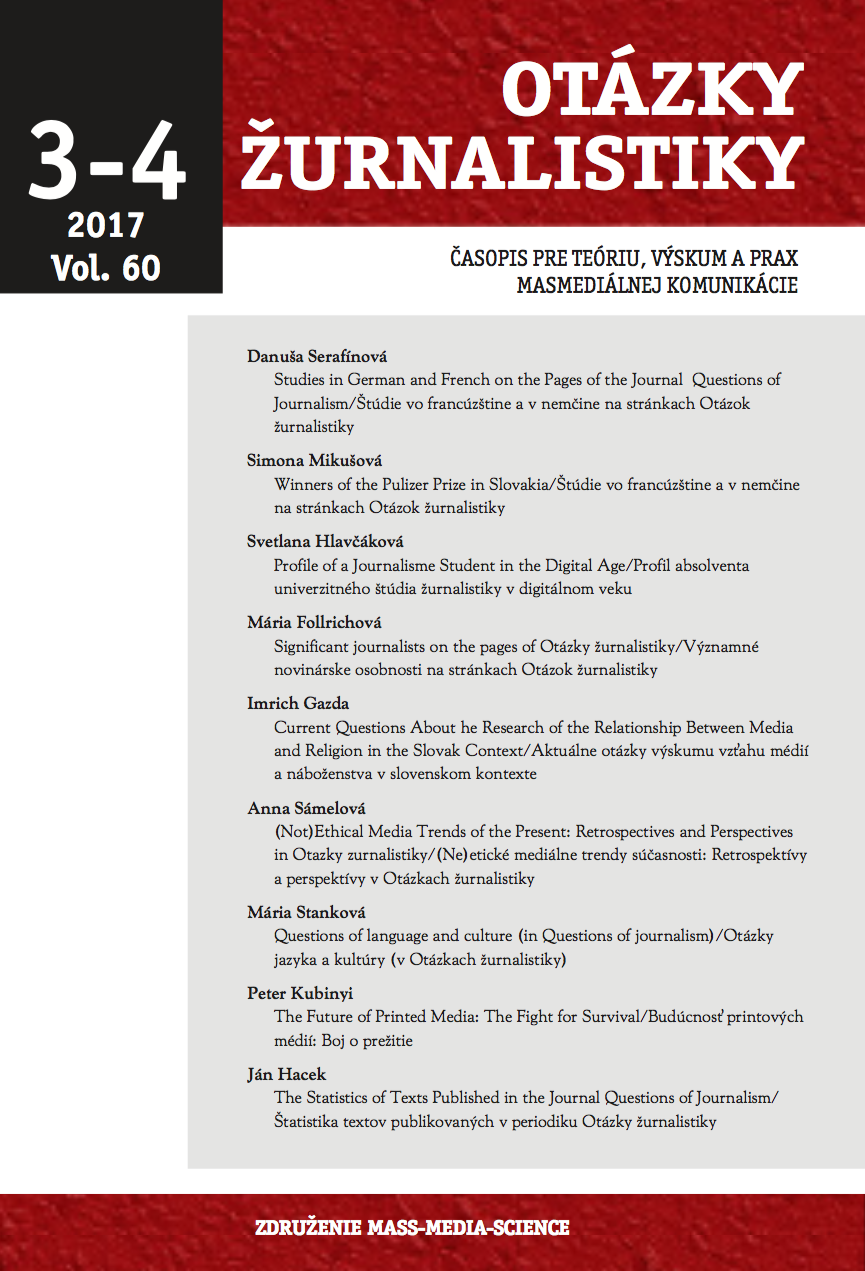 Summary/Abstract: In the period after the 1989 revolution, the public and private sphere began to understand the importance of entrusting some of the employees with the role of contact with the media and the public. The positions of the press secretaries and spokespersons have emerged, but it led to a polemic if it is different or identical profession. In this study, we focus on the similarity and diversity of the work of the spokesperson and the press secretary in the organization and the perception of these positions in the post-revolutionary period. At the same time, we are adding some new ideas of the role of these professions in the current time. We also focus on the cooperation of spokesmen and press secretaries with media and journalists and the mutual perception of their work.