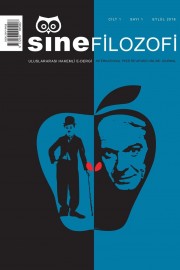 Summary/Abstract: Although having their origins in the 15th Century, showing themselves essentially in the field of literature in the early 20th Century, dystopias started to take part also in the movies towards to end of 1920s and this appeared sometimes thematically, sometimes in subjects and sometimes in the adaptations of the literary works. These movies which may come up in the field of science fiction vary according to cultural, political and historical developments. Dystopias produced particularly in the mainstream movies following 2000 treat the subjects which come up within the frame of “post-apocalyptic” theme. But these themes do not include “extraterrestrials” or “mad scientists” as is the case with the history of the cinema. To the contrary, these movies achieving high box-office success and watched by millions of audiences have started to treat the themes in the focal point of the criticisms brought to the sense of illumination in the early 20th Century such as consumption society, technological progress of humanity and destruction of the ecological system. The Frankfurt School carried out the most detailed analysis to this ‘sense of illumination”, which is criticized and called as instrumental rationality. As is the case with the literary works, in movies (particularly in the last 15 years) takes part the “instrumental rationality” as the responsible for the post-apocalyptic situation of the world or the emphasis of human constantly instead of “science and power relationship” and that human was essentially an insatiable being. In other words, these movies -“The Road” (John Hillcoat, 2009), “Cloud Atlas” (Andy Wachowski, Lana Wachowski, Tom Tykwer, 2012), “Snowpiercer” (Joon-ho Bong, 2013)- miss the system criticism focusing on the philosophical concepts that concern the fields of morals and ethics such as “good” and “evil”.