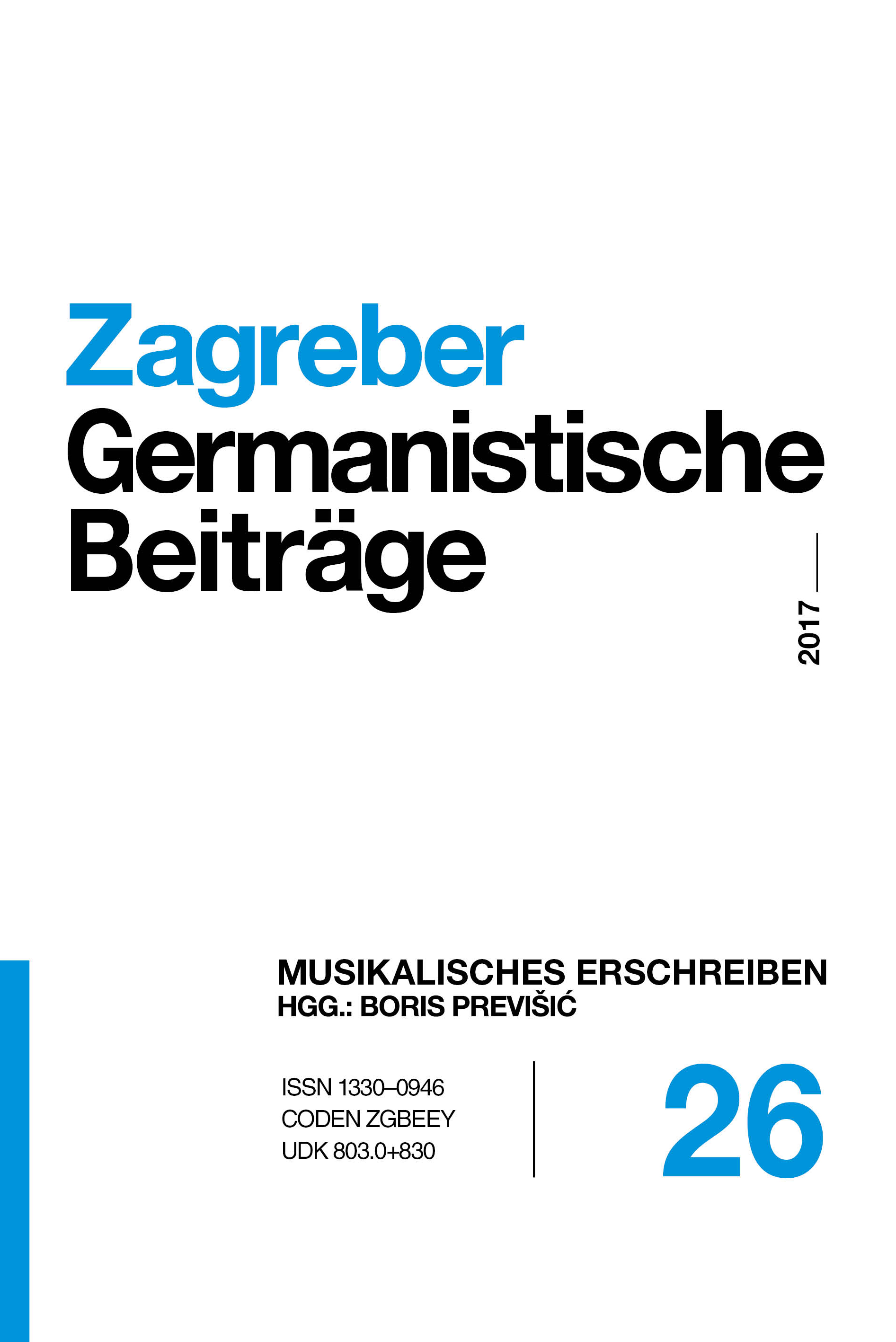 Summary/Abstract: The origins of ›epic theater‹ are often traced back to Brecht’s rejection of classical poetics of drama. This article instead tries to show that in his early years, Brecht rather focuses on a poetics of music in order to develop key elements of epic theater. As a medium, music combines three functions of Brecht’s theater: (2) It provides an intermittent element that interrupts plot contiguity; (2) It creates a musical semantics that can interfere with literary semantics; (3) It is a medium of an aesthetic perceivable ›gestus‹ that makes it possible to observe the agency of an agent.