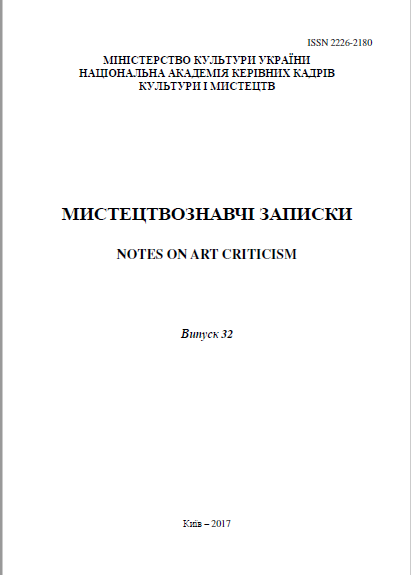 Summary/Abstract: The goal of the research: to trace the features of watercolor painting through the prism of the historical formation of traditional techniques, to carry out a comparative analysis of the watercolors as music of painting, to reveal the definitions of the phenomenon of traditions in modern watercolors. Methodology. The research methodology formed taking into account the put purpose, that allows to use methods: cultural and historical, analysis and synthesis, comparatively stylistic, associative and broad analogies, comparatively descriptive, extrapolations. The scientific novelty is to reveal the definition of the phenomenon of the tradition that has been historically formed in terms of the modern watercolors, as well as a new look at the watercolor painting as a frozen music that has become shaped and continues to sound in the works of masters through the centuries.