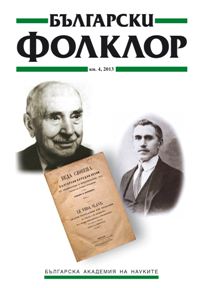 Summary/Abstract: Death is a breakthrough in the life world of the individual and the whole community. The body, the grave, and the other world are three dimensions in the existence of the soul-body dichotomy, essential to humans. This paper presents one possible perspective on these peculiar "homes" of death, viewed through the prism of the traditional and contemporary daily culture. The body is considered as the simultaneity of life and death, as transient and mortal, as opposed to the soul seen as immortal, changing or developing substance. When she leaves the body and “departs” to the “other” world, death itself remains in "this one", reduced to a dead body, a corpse. The text examines the semantic transformation of the deceased – the alienation from the dead and at the same time preserving and maintaining a relationship with him/her, but in his/her new capacity as one of the "ancestors". The idea and perception of the grave as a home appears on several levels related to the funeral rite, dreams interpretation, shaping the burial space and ultimately in the formation of the cemetery as “a city of the dead”. The paper examines how the imagining of the other world reflects a belief in afterlife which is given different interpretations by each culture, thus making death a transition, not an end. The author takes into account the specific relationship between the two worlds, which is bidirectional. The other world is interpreted as a separation (of soul and body ) on one hand, and togetherness, on the other, because it's integration into the community of the dead ancestors and at the same time - it is a kind of returning to self without the body as mediator of the Spirit, as homecoming, transition to wholeness and completeness. The motion of the matter in space is a movement in time, and death seems to be the passage that (despite our desire) has to be undertaken as a transition from the body to some supra-individual other world, from the particular to the general, from one microenvironment, represented by the individual, to some macro world, and the relationship between them structure that what we call reality.