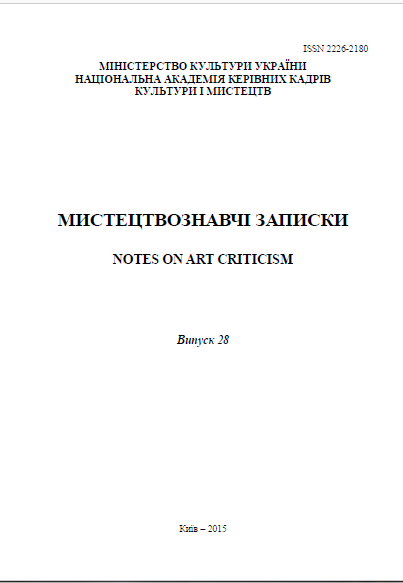 Summary/Abstract: In the article the intentions, which define the dynamics of renovation of the academic guitar performance of XX – XXI centuries are studied and systematized. The processes of differentiation, convergence, extrapolation, assimilation, integration, universalization, globalization, marked as conditional for the development of modern Western European, Eastern European, American and Asian guitar schools. On example of the creative achievements of Julian Bream, John Williams, David Russell, Paul Galbraith the contribution of the British guitar school in the further strengthening of the academic positions of guitar art, the enriching its performing traditions and innovations is analyzed.