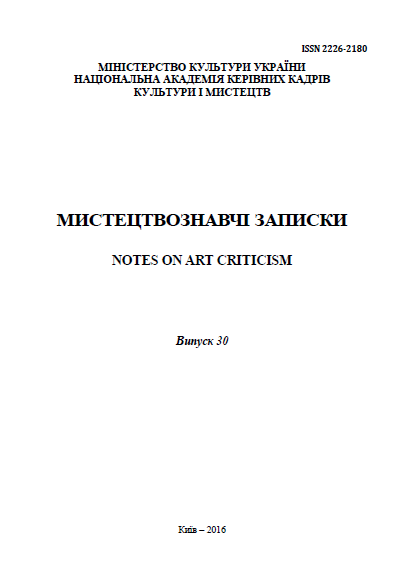 Summary/Abstract: Тhe purpose of the work. Find out Kulish conceptual approach to the issue of "national" as a fundamental principle of the national idea. Research methodology is problematic application, logical and systematic methods by which allowed defining the content of cultural concepts described components worldview Kulish historiosophical in the evolution of his worldview. Scientific novelty. Cultural found in nature interpretation Kulish problems of national and world picture is specified in its historiosophical worldview. Conclusions. As an important part of the world picture Kulish we consider the religious view of the world that is able to repel the sociopolitical views Kulish, his "Ukrainophilism" during the formation of his world view and religious belief, which is a kind of national solution towards the evolution of his worldview historiosophical and his determination to further Ukrainian national idea.