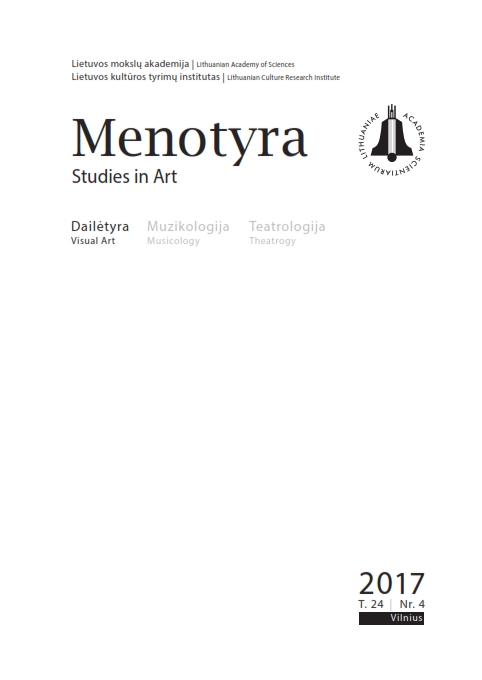 Summary/Abstract: The article discusses how the ratification of the 3rd of May 1791 Constitution was celebrated in the Grand Duchy of Lithuania. This event, understood by the contemporaries as the beginning of the new epoch, inspired organization of both official and spontaneous celebrations all over the country. While analysing the content and visual expression of these events, it is sought to disclose how these festivals of “the new epoch” were formed and what they looked like, what transformations of the society had inspired them. These celebrations were a tool and product of “the Joyful Revolution”: they were used for patriotic upbringing and unification of the society in the presence of outward threats, though, at the same time, the high spirits of the “revolutionary” time inspired spontaneous festive events. The organizers of such celebrations were mostly the representatives of middle nobility and townspeople, as they had become the most active supporters of the ruler and implemented the reform programme. There were especially many initiatives by townspeople, who due to the new law felt the full-fledged citizens of the state. Similar to earlier celebrations of state significance, almost all festivities were dedicated to the ruler, who was pictured as the father of the nation and creator of the Constitution. A new image of the ruler was started to propagate: the portrait of a king-patriot working for the wellbeing of the homeland and its citizens. The ideas of the “citizens’ nation” encompassing all social strata of the Republic were actively manifested. Acts of the nobility oath to the town law were very important for unification of the society in a symbolic sense; they demonstrated the fraternity of all estates. It is worth mentioning here the demonstration of military attributes and military capacities in order to strengthen the morale of population in troublous times. The article covers in more detail the decorations created for the Constitution anniversary by a nobleman Vincentas Ignacas Marevičius (Wincenty Ignacy Marewicz) in his homestead near Lukiškės, which most visually demonstrated the new structure of the society entrenched by the Constitution. These celebrations of the “3rd of May epoch” could be held for quite a short time and thus failed to create new rituals and symbols. Maybe this was the reason why texts were so important in their décor and explained anew the meanings of symbols applied in earlier celebrations.