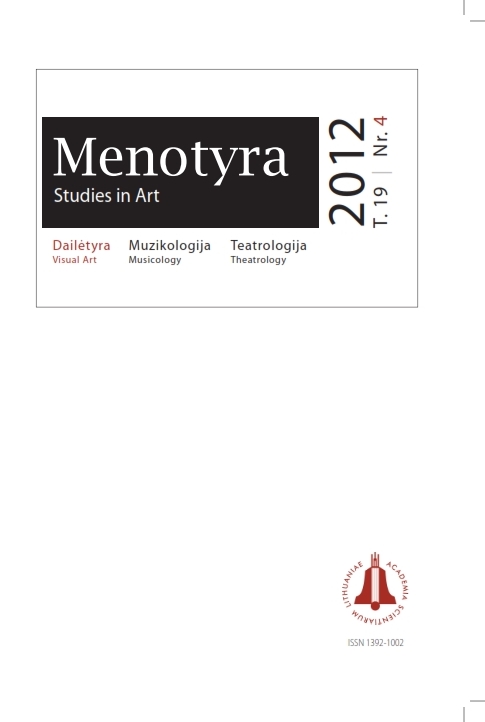 Summary/Abstract: The current paper analyses the works dedicated to the funeral of Vitebsk voivode Marcjan Michał Ogiński - a sermon delivered by Jesuit Felicjan Nowodworski, and occasional architecture of the Vitebsk Jesuit Church. The paper aims to explore how an ideal portrait of a nobleman is created and how the biography of a concrete person is conveyed in these works. The topics developed in the sermon and repeated in the funerary décor allow us to talk not only about the cultural images migrating between the text and the image, but also about their general concept, e. g. quotations from the Holy Scripture and the authors of classical antiquity used in the sermon are repeated in the inscriptions of the funerary décor. A portrait of a nobleman as a spiritual warrior taking the way of virtue and a knight leading an armed struggle for his faith is developed in the sermon. These two elements of the portrait allow us to understand the composition of the décor emblems representing the virtues (useful for the service to God and Homeland). The motifs of noble origin and knighthood are particularly emphasized in occasional architecture. Castrum doloris is designed as an emblem representing a triumphal arch; underneath the arch is a picture of the victory in the Battle of Vienna symbolizing Ogiński’s (hypothetic) participation in the attacks against people of other faiths. The personifications and symbolism of the family is related with Ogiński’s ducal and Ruthenian origin. The sermon is interesting for art historians also in that the function of the paintings is discussed there.