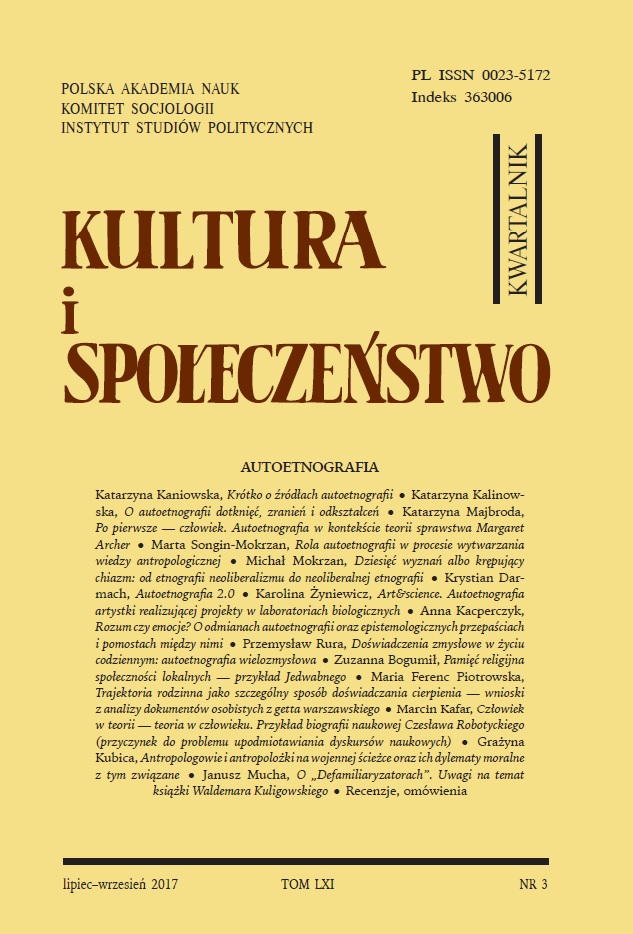 Summary/Abstract: This article considers the dichotomy between theory and life, treating it as a reflection of the process of subjectivization of discourse of the anthropological variety. In accord with the accepted premise, scientific theories do not emerge on their own but as a result of complicated conditions at the meeting point of subjective-individual experience and the language of theory, leading to a close connection between the maker of a given theory and the theory itself. In such a cognitive context, legitimacy is achieved by analytical-interpretative tasks, which consist in seeking meanings and discovering the sense of manifold signs of the presence of the human being in theory (thus someone real, who situates himself openly or covertly in the constructed descriptions of the world) and the theory in the human being, that is, the conceptual or otherwise indicated manifestations of self-understanding. An instructive exemplification of such analytical and interpretative work is the scientific autobiography of an outstanding Polish anthropologist,Czesław Robotycki, a scholar developing the contemporary theory of culture while taking into account cultural paradoxes and the attitude of anthropological distancing which were personally important to him.