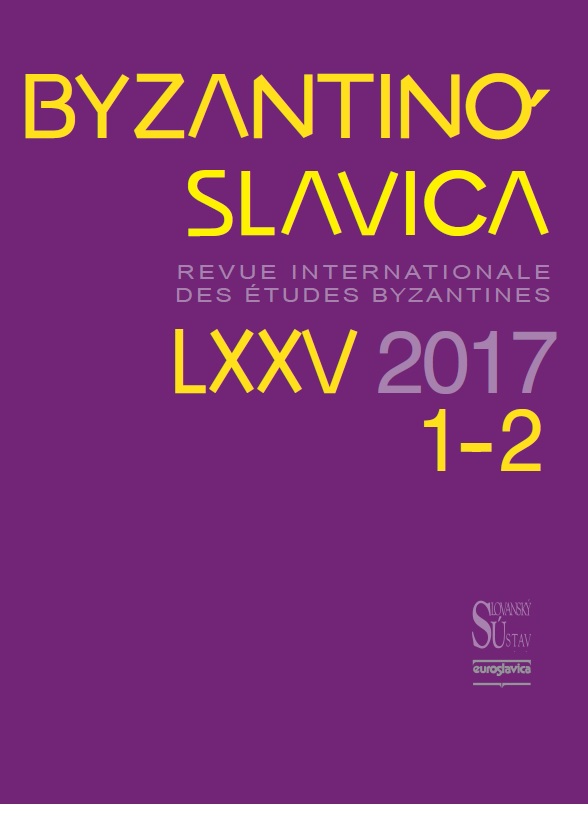 Summary/Abstract: The article is devoted to the activity of Verina, the widow of Emperor Leo I, during the years 475–476. It responds to arguments put forward in Kamilla Twardowska’s article Empress Verina and the Events of 475–476, BSl 72, 2014, 9–22, while also elaborating views previously expressed by the Author (in the article Empress-Widow Verina’s Political Activity during the Reign of Emperor Zeno, in: Mélanges d’histoire byzantine off erts à Oktawiusz Jurewicz à l’occasion de son soixante-dixième anniversaire, (=Byzantina Lodziensia, III) ed. W. Ceran, Łódź 1998, 128–136), and presenting supplementary arguments. Several basic questions are addressed. Was Verina the initiator of the plot against Zeno? What did she want to accomplish by taking action against her son-in-law? Did she inform him of the plot? Did Verina crown Basiliscus (this question hinges on credibility of John Malalas, XV, 13)? Why did she start a confl ict against her brother and supported Zeno? It is argued that Verina did not inspire the plot against Zeno, but merely joined it. The price for her participation in the rebellion was elevation of Patricius, her political ally and potential candidate for a husband, to co-rule with Basiliscus. Verina informed Zeno about the plot in the hope that he would abandon any plans to resist and leave Constantinople. The main or possibly even sole reason for this course of action may have been her desire to protect Ariadne from the danger that would result from clashes. Malalas’s account of Verina’s participation in Basiliscus’ crowning ceremony should be treated with considerable wariness. Verina went on to become Basiliscus’ enemy as he did not fulfi l his promises to her, and because her own position became much weaker than it had been even in Zeno’s reign. Zeno’s return to power provided the only opportunity to change this situation.