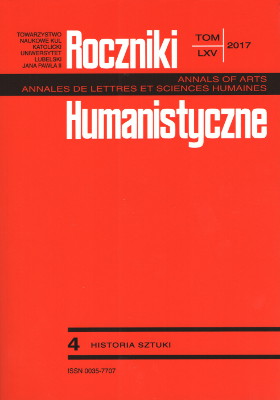 Summary/Abstract: Painting of the Cusco school developed in the city itself and in the Cusco region in the 17th and 18th centuries. Its influence was not limited to this area; information about the presence of paintings from Cusco in distant regions of the Viceroyalty of Peru can be found in numerous sources. The tradition which acknowledged Cuscan painting to be a manifestation of cultural mestizaje is extremely strong. We can easily point at Spanish (Colonial) as well as native (Indian) features in both formal and semantic aspects of representations. However, Cuscan painting is not a matter of the past; nowadays there are still workshops which produce neo-baroque pictures, stylistically imitating former painting. I would like to present neo-baroque canvas and subsequent stages of work on them, using field research from 2013 and photographs taken in Galería de Artesanía „Fenix” in Cusco, run by Luis Alfredo Pacheco Venero. What is important in the summary is reflections on “cusqueñismo”, a phenomenon typical of the city since the 1920s and wondering whether within its scope there is a place not only for the Inka tradition, but also for the colonial art. Modern searching for regional identity is not limited to the pre-Columbian era, but more and more often highly assesses the Colonial legacy.