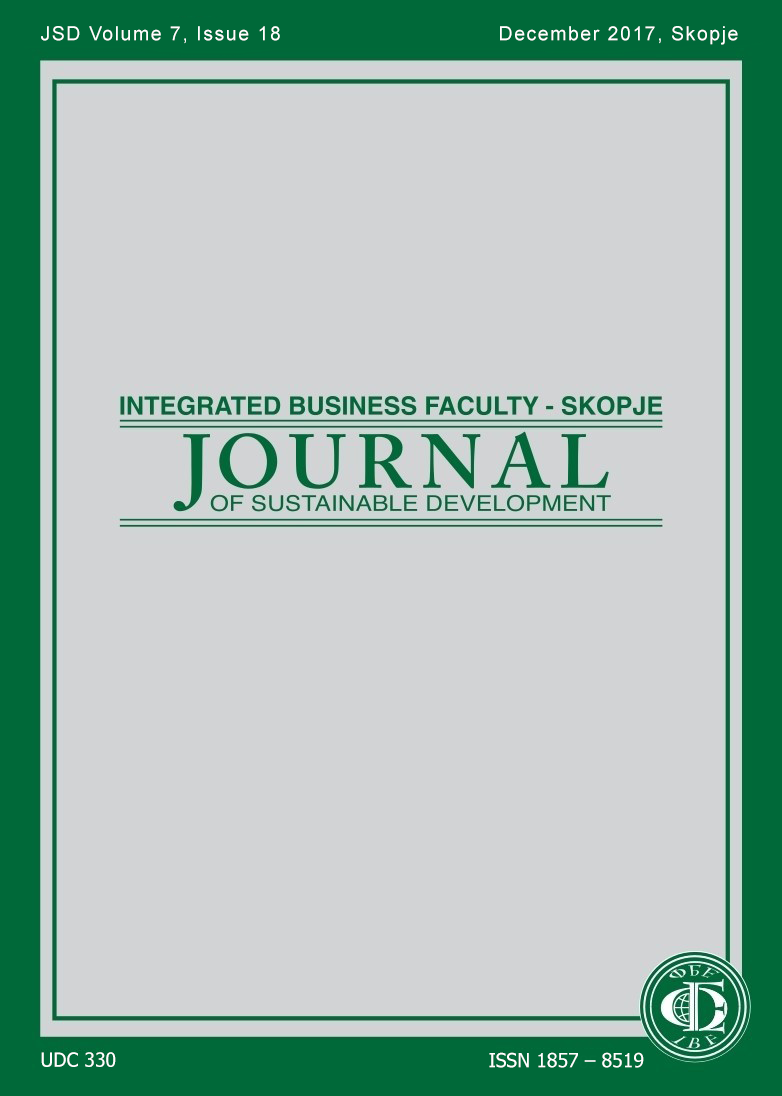 Summary/Abstract: The main objective of the paper is to evaluate the activities undertaken and results achieved so far for reaching the targets of green economy and its component - circular economy in R. Macedonia, Serbia, Slovenia and Croatia by studying the resource productivity, total waste generation, waste intensity and recycling rate, as one of the leading indicators for the circulating behavior of the materials. Also, an attempt to calculate the values of a recently suggested potential composite indicator for assessing the progress of circularity has been made. The results show that Slovenia and Croatia have higher resource productivities than R. Macedonia and Serbia. Similar results were obtained for the total waste intensity and recycling rates of the municipal waste. Although it was observed that the largest amounts of waste were generated in Slovenia due to the more intensive economic growth , at the same time Slovenia showed the lowest waste intensity (far below 1) implying that decoupling of waste generation from economic growth is more intense than that in the other investigated countries. The composite circularity indicator for R. Macedonia, and particularly for Serbia, has very low values due to very low recycling rates of the municipal waste (below 1%), lower GDP per capita and on the other hand very high CO2 emissions. As expected, the highest values of the circularity indicator were obtained for Slovenia implying that Slovenia is the most efficient in terms of energy and materials use. It can be concluded that the transition towards a circular economy in the investigated countries is taking place and the changes are more pronounced for the case of Slovenia, where as Croatia, and especially R. Macedonia and Serbia are lagging behind.