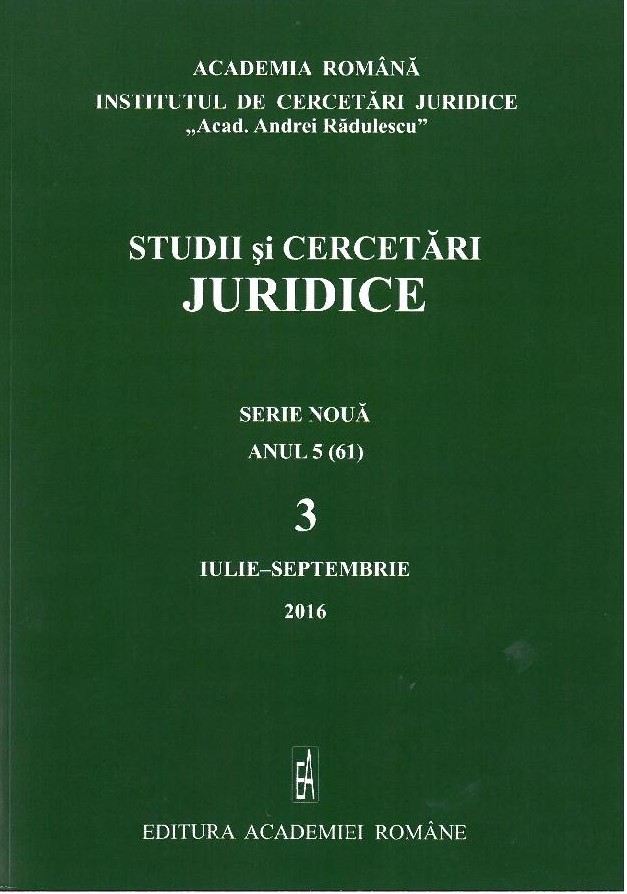 Summary/Abstract: June 29th 2016 marks the 150th anniversary since the adoption of the first Constitution of Romania – June 29th 1866, entering into force on July 1st. – the „birth certificate” of Romanian constitutionalism, of an European-liberal type, integral to the formation process of the modern Romanian State. Inspired from the Constitution of Belgium of 1831, but marked by significant adaptations to the actual situation of the country, the fundamental law has answered, on the one hand, to the internal necessities of modernizing the Romanian society, and on the other hand, to the requirements of European integration and Romania’s affirmation as a geo-strategic balance factor, at the mouth of the Danube. The principles of organizing the state thus established, the civil rights and liberties hereby consecrated and guaranteed, have favored the democratic development of the country and the enforcement of a modern legislation, starting with the major codes – civil, civil procedure, criminal, and criminal procedure – developed and adopted in the second half of the XIXth century. Thus affirmed, the democratic constitutional traditions have influenced the constitutional development of Romania, also regarding the constitution of December 8th 1991, contributing to the crystallization of a constitutional identity, and standing out today in the context of the country’s EU integration and the manifestation of globalization.