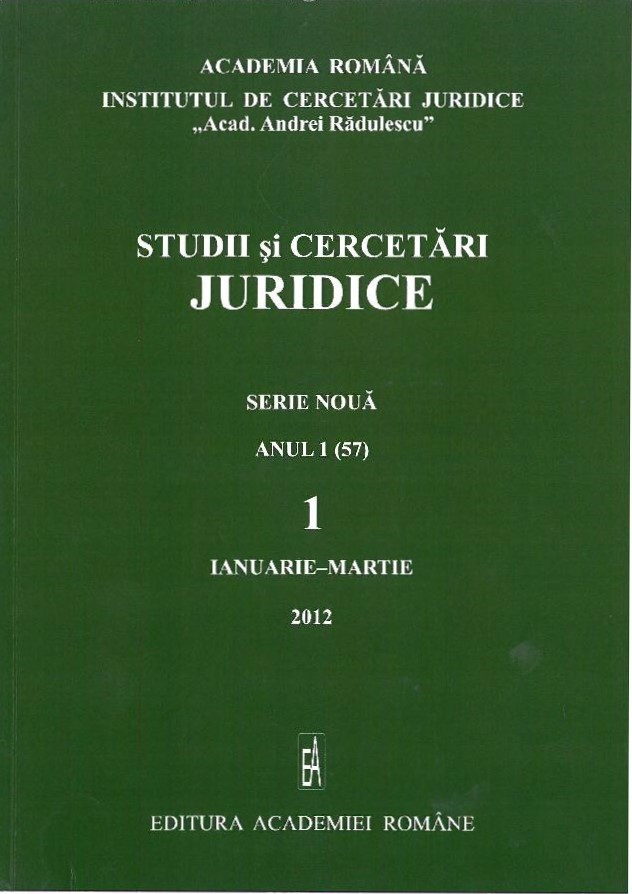 The Review publishes valuable studies, studies that are the result of scientific research, with a higher level of originality, elaborated by the scientific researchers within the Romanian Academy, professors at prestigious Romanian Universities, but also studies and articles written by foreign specialists in the field of juridical sciences. At the same time, the Editorial Board sustains the publication of the valuable scientific studies of the young researchers and professors from all over the country.

The review “Legal Studies and Researches” is subject of the international interchange with 130 foreign partners from Europe, United States of America, Asia, Africa, Australia, interchange that is carried out through the International Interchange Department of the Romanian Academy.