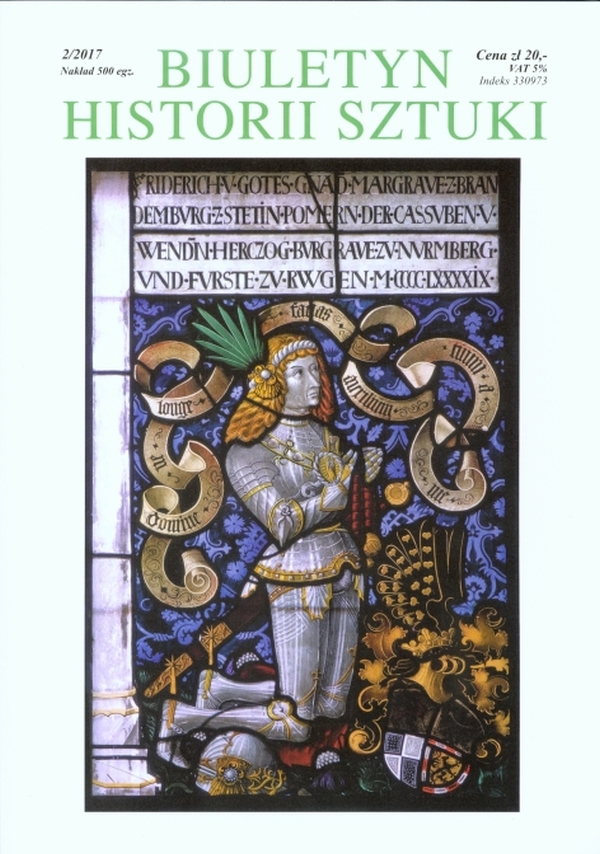 Summary/Abstract: The Hohenzollerns’ artistic foundations in the late Middle Ages, particularly the ones owed to the princely couple of Frederic the Elder and Sophie Jagiellon, displayed at places of political importance, were meant to legtimize their power. Portraits and heraldic motifs incorporated into religious paintings conveyed political contents, and while serving as elements of liturgical furnishings, were exposed to the general public. The increasing use of artistic media in the display of power as of the last quarter of the 15th century paralleled the increase in Hohenzollerns’ claims to ostentation and attempted to extend their territorial and political impact. This was clearly revealed under Albrecht Achilles, but particularly during the rule of his son Frederic the Elder, when the court was enlarged and ceremonious occasions were celebrated with appropriate staging. The importance of the Jagiellon princess has to be perceived in view of the above, since her representations were to serve the ostentation of the imperious ambitions of the House of Hohenzollern. The story of subsequent generations: the career of Georg von Brandenburg-Ansbach at the royal court in Buda or Silesia, or the transformation of Monastic Prussia into Ducal Prussia and passing it to Albrecht as Poland’s feud, revealed positive consequences of this alliance to the family; the alliance actually serving as an important element of the increase of the Hohenzollerns’ impact on the international arena.