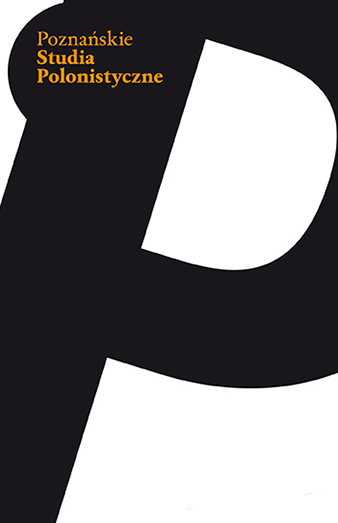 „Niech się połączą niebiosa i ziemia…”: w poszukiwaniu (nowej) astronomii w Antoniuszu i Kleopatrze Williama Shakespeare’a
“Heaven and earth may strike their sounds together”: In search of the (new) astronomy in Shakespeare’s Anthony and Cleopatra

Summary/Abstract: Shakespeare appears to be one of the most intensely studied authors exemplifying mutual influence of literature and science. Significantly enough, astronomical references deserve a particular attention due to the spectacular change of paradigm resulting from the replacement of the concept of the geocentric cosmos with the concept of the heliocentric universe. Starting from some general remarks concerning the methodological assumptions of such analyses and the specificity of Shakespeare canon, the paper offers an in-depth study of Anthony and Cleopatra as one of the most representative plays with regard to the number, suggestiveness and interpretative potential of astronomical references. The paper exemplifies the way in which the play combines traditional astronomical and astrological allusions with some unconventional images, usually featuring imaginative hyperboles, which inscribe the fate and feelings of the characters into a cosmic framework. These references repeatedly trigger some fascinating and yet risky interpretations which strive to present Shakespeare as part of the scientific revolution of the age. Refraining from any value judgment, the paper highlights the overall importance of reading Renaissance literature, and Shakespeare in particular, against the background of the history of science in a way which allows for precise identification of contemporary sources of astronomical knowledge as well as for the reconstruction of the actual paths of dissemination of such ideas.