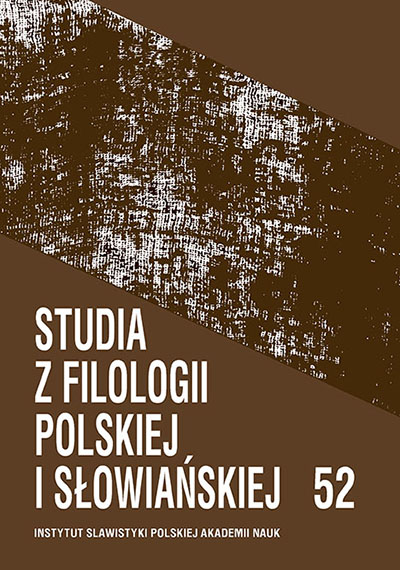 Summary/Abstract: Conversion in Slovene and other Slavic languages is not merely a marginal phenomenon. It spreads mainly with the borrowing of new lexicon. In so far as the borrowed lexicon remains indeclinable even after it has been borrowed, it preserves or extends the syntactic possibilities and therefore the conversion possibilities in the recipient language as well. As a new lexicalization, conversion depends on the possibilities of a shift from one syntactic role to another – and in this regard, it can be complete or incomplete/partial. Examples of complete conversion are bomba film ‘a bomb movie’ (< Film je bomba < bomba < avto bomba – < The movie is the bomb ‘very successful’ < a bomb ‘surprise’ < a car bomb ‘an explosive’), vikend hiša ‘a weekend house’ (hiša kot vikend < Hiša je vikend ‘počitniška’ < hiša vikend < vikend ‘prost konec tedna’ – a house as a weekend house < The house is a weekend ‘vacation’ house < weekend house < weekend ‘the end of the week’), as opposed to vikendhiša ‘a weekendhouse’ (< hiša za vikend ‘a house for the weekend’), and veliko hiš ‘many houses’ (→ veliko govori ‘s/he has many stories to tell’), which are not formed by conversion. An example of incomplete conversion is zakon ‘the law’ (a full conversion would also render usage like *zakon film ‘a law film’, which is not (as yet) attested; the conversation has only gone as far as Film je zakon ‘zelo dober’ < zakon ‘pravilo’ < zakon ‘pravni predpis’ – The movie is the law ‘very good’ < a law ‘a rule’ < a law ‘a legal act’), as opposed to formations not created through conversion, which nevertheless might also feature a noun as the first part of the compound, e.g., golfigrišče ‘golfcourse’ (< igrišče za golf ‘a course for playing golf’, whereas the base *Igrišče je golf. ‘The course is golf.’ is nonsensical). The same holds true for the interjection in horukpoezija ‘oomphpoetry,’ which also was not formed by conversion. Conversion is therefore the final stage in the process of the formation of a new lexeme: degrammaticalization of a particular word form > lexicalization > conversion. What conversion, univerbation, and homonymy have in common in the case of existing vocabulary and its use, is the economy of language in the sense that a particular expression is semantically utilized to its maximum. The expression – syntax – meaning relationship within a given lexeme, along with conversion as a grammatical occurrence, can be presented most thoroughly in a dictionary