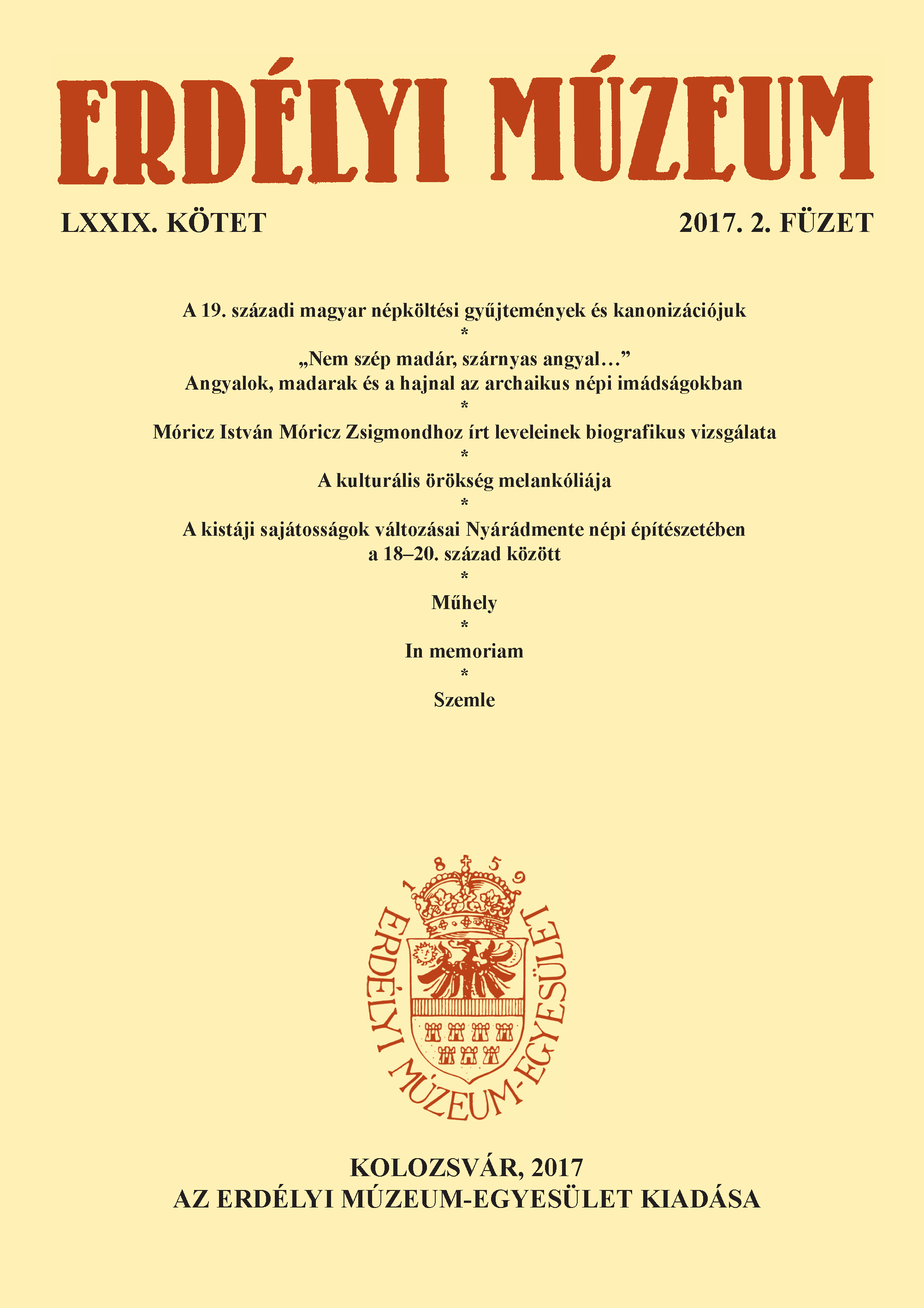 Summary/Abstract: The Hungarian archaic folk prayers are traditionally said mostly at dawn or at dusk, facing eastward. Beyond ’pagan’ sun worshipping, turning to the east was also typical in early Christian prayer saying and baptism rites. Dawn is the symbolic time of creation. In certain archaic prayers there is ’a celestial bird’ flying over the raddle sky. In other prayers that bird is identified with an angel (’Not a proper Bird, but a pinioned Angel’). That metaphor, perhaps coming from the Book of Malachi (Malachi 4:2), might have been written in the 15th–18th centuries, probably by a scrivener. That is suggested by the typically scholastic antithesis involved in the text, and the fact that the prayer part was written in a meter, which was used from the 15th-16th centuries. The bird-angel metaphor can also be related to the dispute concerning the angelic bodies, running between the 2nd–17th centuries. That dispute became even stronger between the 12th–13th centuries, when the genre of archaic folk prayers took shape in Europe as well as in Hungary.