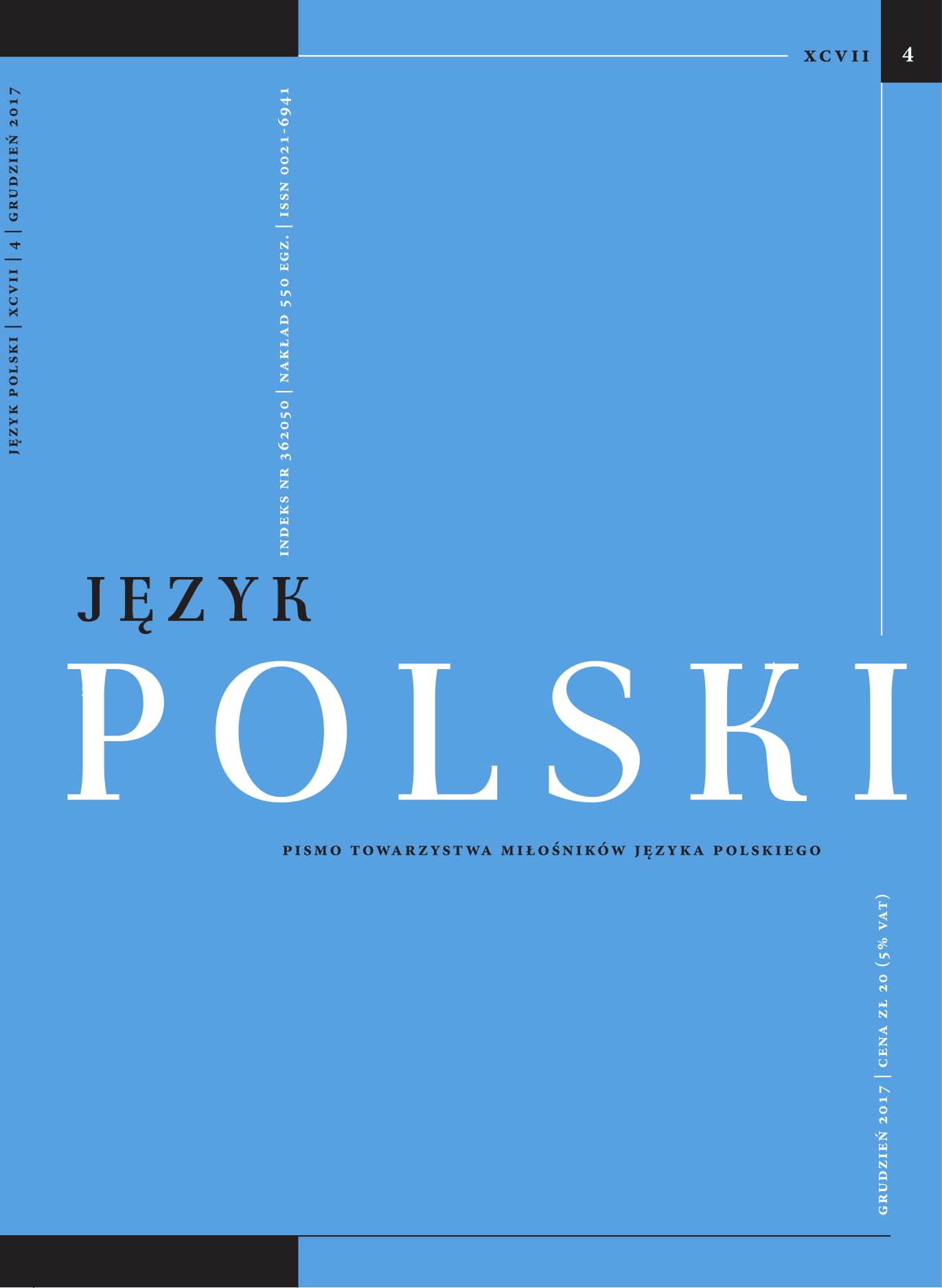 Summary/Abstract: The outline presents the structure of numerous phytonyms (556) recorded in the Polish translations of the guidebook by Peter Crescentius titled “O pomnożeniu i rozkrzewieniu wszelakich pożytkow ksiąg dwojenaście...” [Twelve books about multiplying and spreading all kinds of benefits] (Cracow 1571) compared against the condition of the 16th century Polish language. The comparison of the phytonyms with the standards of the time was to provide a closer look at the mechanism of the structure of the names of plants in the Polish language of the time and to record productive affixes. The collected material comprises both singular names and compound names. Many of the names constitute already existing words; some of them are names not mentioned in the previous sources; there appear also borrowings – both older ones and more recent ones. On the basis of the analysis of their structure and the degree of assimilation , the productivity of some affixes and historical motivation have been noticed (e.g. -ina, -ka, -ik, -ica, -ec) taking into account the analogy in the word formation of botanical names. What has also been noticed are rare suffixes (-nia, -ucha, -erz, -ew), which in the 16th century were known exclusively from this text or were recorded here for the first time; they may be regarded as the indirect evidence of linguistic mechanisms, rules and schemes which operated in the language at that time. They also demonstrate the high competence of the translator or editor of the text.