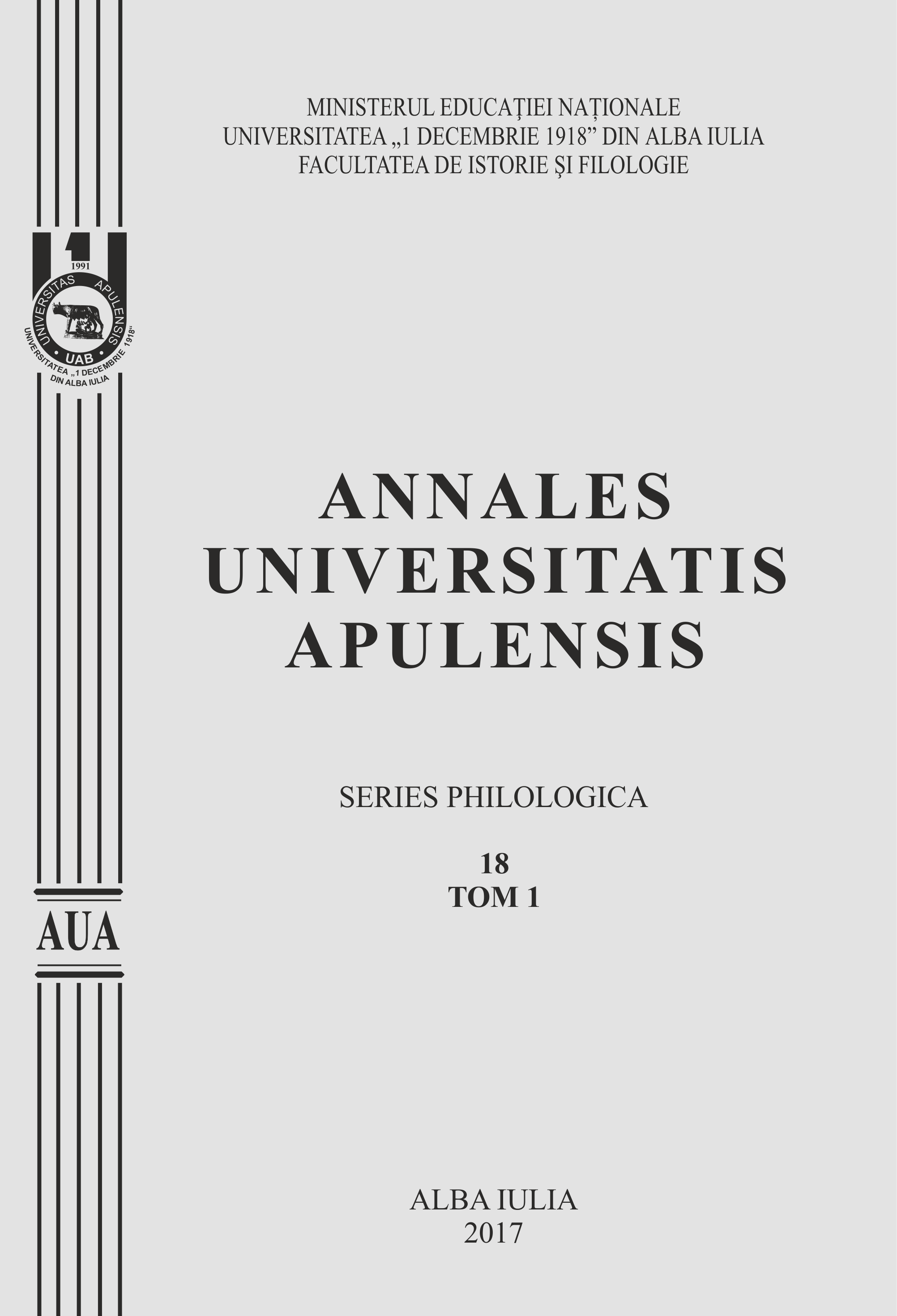 „ÎNĂLȚAREA AUTORULUI” ȘI NOȚIUNEA EXPANDATĂ A SUBIECTULUI CREATOR: NOI DEFINIȚII ALE AUCTORIALITĂȚII MONDIALE ÎN EPOCA GLOBALIZĂRII DIGITALE
THE ASCENSION OF THE AUTHOR’ AND THE EXPANDED NOTION OF THE CREATIVE SUBJECT: NEW DEFINITIONS OF THE WORLDWIDE AUTHORSHIP IN THE ERA OF DIGITAL GLOBALIZATION

Summary/Abstract: I would like to present a series of reflections on the subject of what literary studies have so far construed as the „theories of authorship” by placing these meditations in the general framework of a type of contemporary research typically called „world literature”. These contributions resort to world-system analysis, sociological descriptions or translation studies, while totally disregarding the human level. In much the same vein, it could easily be said that, although post-structuralism engaged authorship in order to deconstruct it, the concept remains, until this day, a truly productive site of both inquiry and signification. Consequently, one wouldn’t be in error by declaring that recent scholarship (especially in comparative studies) has actually failed in understanding the prospect of being an individual writer in the web of a global networked collectivity. Thus, I’m interested in exploring the ways in which the 21st century could reassess the notion of authorship. I will do this by way of presenting three types of methodological approaches. Moreover, I will be discussing an extremely pugnacious, yet revealing article signed by Rebecca Braun, entitled „Introduction: The Rise of the World Author from The Death of World Literature”. By doing this, I will show how the so-called „expanded form of agency” helps in shaping what I coined to be „the ascenion of authorhip”, the last stage in the modern history of authoriality (the 18th century was marked by „the birth of the author”, as Alain Viala convincingly showed; this was quickly followed, in the 19th century, by what Paul Bénichou called „the author’s sanctification”; the 20th century staged both „the death of the author” and „the ressurection” or „return of the author”, as Roland Barthes aptly argued). Finally, it is my belief that restaging creative subjects as the central figures of the literary field could constitute, in post-human times, a viable solution to the neo-liberal crisis of the Humanities.