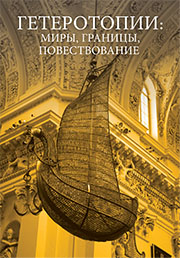 Summary/Abstract: The article analyses the discursive and disciplinary practices at the basis of the mechanism of origin of the power in the Russian Empire of Nicholas I, by means of applications of theories elaborated by Michel Foucault on Nikolai Gogol’s The Overcoat. The codified and informal rules that predetermined the habitus of the members of bureaucratic organization (body image; manner of oral and written language; semiotics of clothes and gesture; different roles in the rituals of the hierarchical ladder) are here reconstructed. The central opposition in The Overcoat shows the contradiction between the formal legal status in the heterotopic space of the public service (rank, position) which is usually expressed through the induction of fear in others, and the real authoritativeness of a concrete person, qualified as a combination of his own direct authority and his public reputation as a significant person.