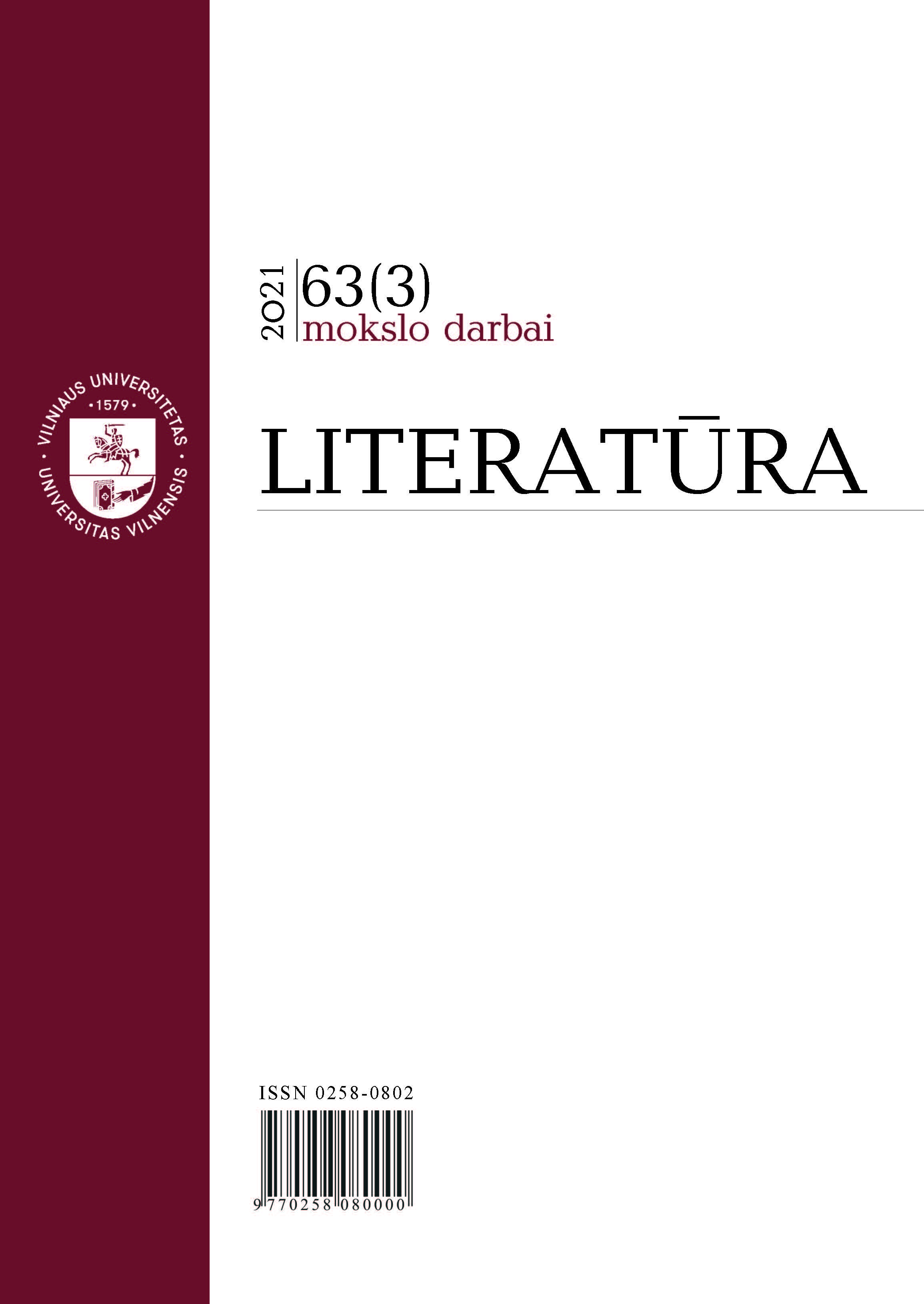 Published four times a year in issues dedicated to Lithuanian Literature (1), Slavic Literature (2), Classical Literature (3), and World Literature (4). Published since 1958 The Lithuanian academic publishing scene in the humanities has experienced many deep changes during the past ten years. Several serial academic publications have shut down (Literatura ir kalba, which was published by the Lithuanian Institute of Literature and Folklore); publications with roots in past traditions have been restarted; and some new publications have emerged (Vytautas Magnus University’s Darbai ir dienos, the Lithuanian Language Institute’s Archivum Lithuanicum). Today we do not have a strong academic journal, which is dedicated exclusively to literary scholarship. Issuing from Vilnius University, Literatura hopes to fill that gap in Lithuanian academic life. Literatura publishes literary studies from all national literatures of all time periods. We hope that this journal will bring together all literary analysis conducted in Lithuania, which today occurs in the separate and nearly incommunicable fields of Lithuanian, Classical, and foreign literatures. Although the natural focus of the journal is on Lithuania, literature being written and translated in Lithuania, and the scholarly work of Lithuanian academics, the journal is nonetheless open to all fields of study in world literature and to the works of authors representing all national traditions. We encourage comparative literary analysis, studies in reception theory, and interdisciplinary investigations, as well as archival publications and sociological approaches to literary functions. Literatura plans to print reviews and abstracts of all publications related to the study of literature published in Lithuania as well as scholarly publications dealing with Lithuanian literature published abroad. Literatura also welcomes analyses of events important to Lithuanian literary life. In order to rejuvenate the literary sciences in Lithuania, it is critical that the most significant literary analyses and methodologies be reviewed and analyzed in Literatura. We especially look forward to hearing from young literary scholars, doctoral candidates, and Lithuanian students continuing their literary training abroad. We await responses to every issue of Literatura, which will be effectively printed on this website, and then later published in hard copy in the next issue of the journal. We request articles, publications, book reviews, surveys, discussions, information about events in academic life, and suggestions for improving our journal.