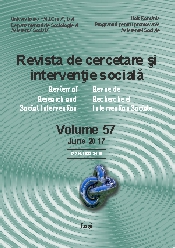 Summary/Abstract: Assessment of psychological development and cognitive outcome of surgically corrected patients with Tetralogy of Fallot, determined by the preoperative chronic cerebral hypoxia. This paper studies a group of 71 patients operated in our clinic between September 1st 2001 and July 1st 2006, all surgically corrected without prior palliations. The surgical techniques were: transannular patch (n=46), infundibular patch ± pulmonary artery (PA) patch (n=17), and transatrial and transpulmonary correction (n=8). The patients were divided into 2 groups, operated below 1 year of age and above 1 year of age, for comparative study of results. 58 patients were followed up, performing a pediatric psychological evaluation. The effects over patients’ IQ of two major components were studied: preoperative chronic hypoxia and family environment. Major differences were noticed between the two groups, as followed: the patient’ IQ values were statistically significant different among the two groups (higher values for patients operated below 1 year of age); there is an inverse ratio between IQ values and preoperative hematocrit (statistically significant); the IQ values distribution is slightly different between the two groups of age: the IQ values in patients operated above 1 year of age are significantly different depending on parents scholar degrees. Delay in surgical correction, beyond 1 year of age, in patients with Tetralogy of Fallot, could have deleterious effects over cognitive outcome of these patients (longer period of preoperative chronic cerebral hypoxia). The cognitive outcome also correlates with parents’ scholar degrees, in older patients.