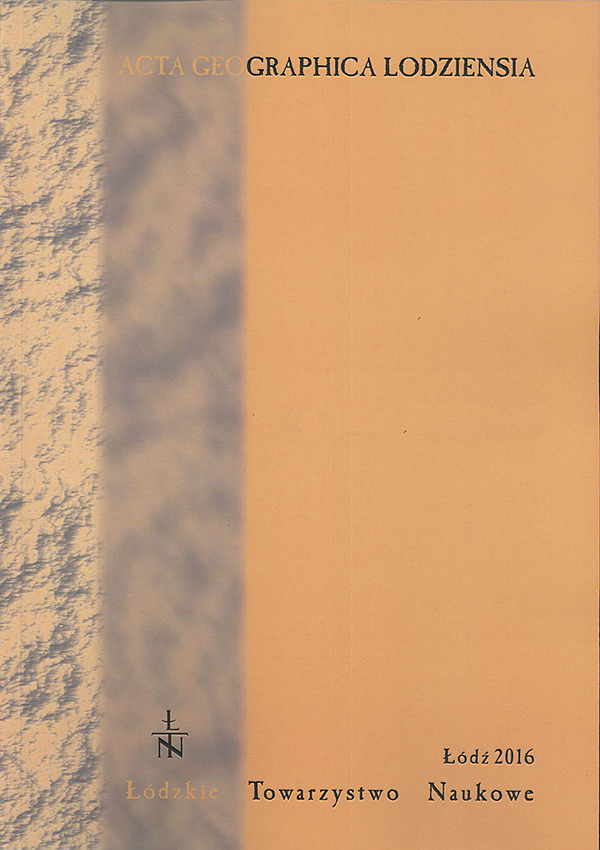 Summary/Abstract: Vistulian deposits which fill the Warta River valley were studied in the open pits Koźmin North (Kwiatków) and Koźmin (South) of the “Adamów” Lignite Mine. The studies were conducted due to the possibility of analysing fluvial deposits of a big lowland river close to the axis of the valley, in profiles which reach a pre-Vistulian background. The aim of the research was to establish the phases of deposition and hydrodynamic conditions during the accumulation. In the studied profiles, seven depositional units have been distinguished, and one of them – the thickest – was divided into seven subunits. The results of the grain size analysis were used to calculate the Folk and Ward coefficients, as the basis for interpretations of differentiation in sedimentary environment dynamics. The deposition, which took place from the end of the Middle Plenivistulian to the Late Vistulian, was characterized by cyclic, but rather mild, transitions from rather high energetic to low energetic conditions. During the Late Vistulian and Holocene, alluvium has been accumulated in two clearly distinguishing facies: channel and overbank, with high content of organic matter.