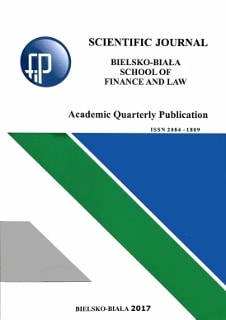 Summary/Abstract: This paper is the last in the series of three papers devoted to the estimated value ofintellectual capital belonging to any socioeconomic area: voivodship (province),municipality, country, region etc. An idea of the estimated value is based on theassumption that the value of a given socioeconomic area for its residents is determinedby income generated due to the presence of a business activity in a given area. Thestructure of the presented method allows for covering all components of intellectualcapital within estimated value regardless whether their existence is realized or not. Thepaper, the third in the series, makes an approximate estimate of intellectual capital inindividual voivodships in Poland for the year 2013. Therefore, it is possible to disclosesignificant quantitative and qualitative relationships , inter alia between intellectualcapital and population of individual provinces.