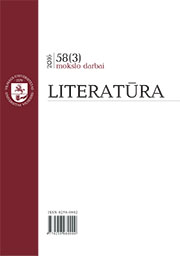 Summary/Abstract: A very diverse collection of early Christian texts, which are not included in the biblical canon but may be compared to the canonical New Testament in terms of genre and narrative, is called The New Testament Apochrypha (Codex apocryphus Novi Testamenti, 1708) since the beginning of the Modern era. A prominent collection of these texts, edited by John Fabricius, had great impact on the term to become a common one. A collection of German translations published in 1904 (edited by Edgar Hennecke) also shares the same name (Neutestamentliche Apokryphen). A third edition of Hennecke’s collection, edited by Wilhelm Schneemelcher (Hennecke-Schneemelcher, 1959- 1964) secured the term as a convention. The New Testament Apocrypha are understood in relation to the biblical canon of The New Testament – on the grounds of their underlying intention to be classified as biblical and their literary form. Eric Junod discussed this conception and in result proposed a new naming of apocrypha corpus; thus, the French edition was titled Écrits apocryphes chrétiens (Bovon, Geoltrain 1997) and the German one – Antike christliche Apokryphen (Markschies, Schröter 2012). This new understanding of the apochrypha, free from the ties with The New Testament, did not solve all the problems concerning the identification of apocryphicity and the status of different texts. In this article, we propose that the apochrypicity of these texts should be discussed in relation to post-apostolic orthodoxy, not to the biblical canon. There are two types of texts that are attributed to the disciples of Jesus or their followers, and some texts of anonymous authorship as well: first, texts outside the post-apostolic orthodoxy or the Great Church that repeatedly include the “secret teachings” of Jesus; second, texts that correspond to post-apostolic orthodoxy but are not included in liturgical reading analogous to the status of The Old Testament, i. e., as holy scriptures.