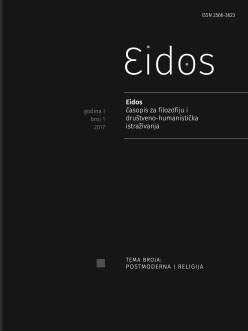 Summary/Abstract: The paper investigates directly and indirectly preserved views of Pythagoras and Pythagoreans who, according to the author, represent the antecedents of deviations from the mainstream Western philosophy and anticipate the majority of later modalities of non-anthropocentric approaches. Fragments of italic thinkers, in other words can serve almost as guidelines for today highly actual (bio)ethical requirements for a new and different resolution of the relation between humans and so called non-human living beings. The Pythagorean idea that all forms of life are kindred brought into connection not only humans with animals and plants, but also indicated that human soul, however only after purification, can achieve melding with eternal and divine soul, to which it belongs by its own nature. The link and analogy that may be established between a man and universe is referred to in Aristotle’s statement that, according to Pythagoreans it is possible for any soul to enter any body. This kinship of all varieties of life, eventually, was a necessary prerequisite for the well-known Pythagorean doctrine on immortality and the transmigration of souls (παλιγγενεσία).