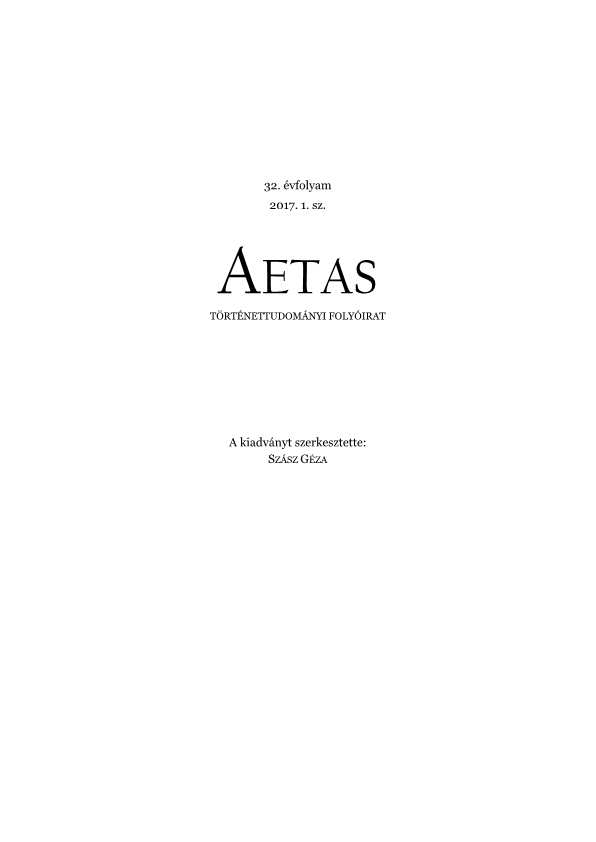 Summary/Abstract: In the first part of the paper, the author describes the historical background to the jihad declared by the Ottoman Empire against the Entente powers during World War I. It refutes the view, which originated at the time of the war and has been widely popular ever since, that the declaration of jihad was a German “political product” and was a result of political pressure from the Germans. Putting it into a wide historical-political-social context, he makes an attempt to prove that jihad was part of the traditional means of the Ottoman Empire, which, throughout its long history, decided to declare it from time to time after thorough consideration. In the second part of the paper, the author describes the process and the reasons of declaring jihad in the Austro-Hungarian Monarchy and in Hungary. It was for historical and geopolitical reasons that the leaders of the Dual Monarchy were not happy about the declaration of jihad by Constantinople, but the Monarchy, as opposed to Germany, had a considerable Muslim population. They decided to announce the fatwa calling for jihad in Bosnia in December 1914 to ensure the stability of the Monarchy and the hinterland as well as because the so called Bosnian regiments, comprising mostly Muslim personnel, had significant military value. Then the fatwa was proclaimed before the Bosnian regiments stationed elsewhere at various places, including Hungary, in March 1915. Just like in Germany, the jihad was used by the Monarchy as well to recruit volunteers against the Triple Entente among Muslim Russian prisoners of war. It must be noted that the Dual Monarchy – as opposed to the Germans – did not spread jihad propaganda outside its borders.