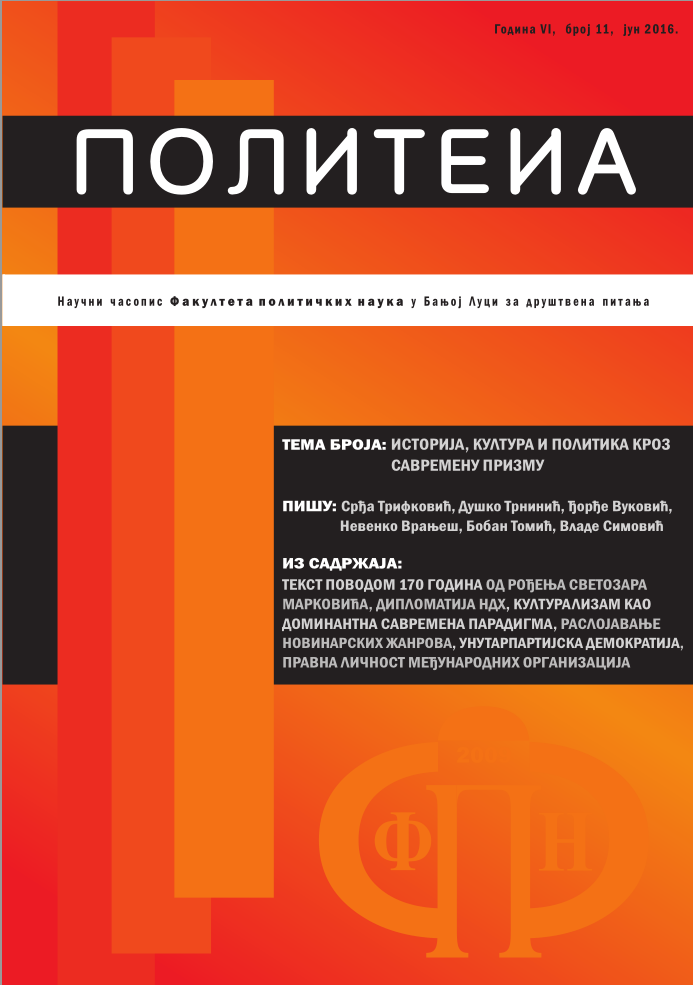 Summary/Abstract: The Belgrade coup of 27 March 1941 forced Hitler to improvize the post-Yugoslav political arrangements, as in the preceding years he had sought to woo, rather than destroy, the Kingdom. For his part, just before the Axis attack Mussolini reactivated the leader of ustaša émigrés Ante Pavelić and obtained his reaffirmation of earlier commitments to cede Dalmatia to Italy. Hitler accepted the ustaša 'solution,' whereby his strategy was to let the Italians make enemies of Croats by annexationist policy, and at the same time to encourage Pavelić to terrorize the Serbs. His stratagem resulted in the chronic weakness of the occupation system. Italy did not secure longterm control over the Independent State of Croatia (NDH). Latent antra-Axis tensions provided Pavelić with the room to maneuver between Rome and Berlin and to secure a degree of autonomous action for himself - primarily in his radical attempt to solve the 'Serb question' and in the economic sphere. The NDH diplomatic apparatus reflected the ustaša power structure and the character of the state. Reports from missions abroad were sent mostly ad hoc and they were devoid of attempts to draw analytical conclusions from the news. They were invariably imbued with ungrounded optimism until the very end, likely because of the reluctance to present inferences which the political leaders would not be pleased to hear. Available archives do not indicate how the decisions affecting the NDH foreign relations were formulated; they were probably made by Pavelić and verbally conveyed to the minister. The areas of activity of the foreign ministry were twofold: consular work and the maintenance of routine relations with the Axis powers and their satellites. The consulates in the Reich were mainly dealing with the workers from the NDH in Germany, and they were actively discriminating against the Serbs who were issued one-way travel passes which prevented their return to Germany. After the fall of Italy Pavelić could no longer exploit intra-Axis rivalries. Nevertheless, its dubious legal status notwithstanding, the NDH did posses significant attributes of statehood. Its interaction with external entities was not a mere extension of Italz's or Germany's policy. For that reason its leaders bear much greater responsibility for the countless ustaša crimes than would have been the case had the NDH territory been merely the object of foreign occupation. The example of the ustaša diplomacy indicates that without a high degree of willing complicity of Croatia's educated urban bourgeoisie - people who were often not formal members of the movement - Pavelić's creation would not have been able to function even in its improvized form. The paradox of the banality of evil (Hannah Arendt) is reflected in the fact that the work of Pavelić's accomplices in coattails was arguably more conducive to the functioning of the ustaša state than the work of mass murderers on the ground.