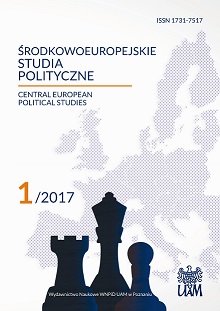 Summary/Abstract: Intermedia agenda-setting is a stream of research within the agenda-setting studies which is quite new and relatively hard to find. This phenomenon is described as the transfer of salience of issues between two different media agendas (e.g. between press and TV news media agendas). The goal of the study is, firstly, to examine the press and the TV news media agendas (when the local election campaign is taking place), and their consistency, based on the agenda-setting theory and methodology. Secondly, the aim of the study is to confront the hierarchy of news in the intermedia agenda and the hierarchy of real world factors (which create the ‘real’ agenda, especially statistical data concerning the current public and economic importance of issues reported in the news media). The comparative analysis applied in the study is designed to determine the (in)adequacy of the salience of news (media issues), when compared to the importance of real world factors (reflecting the same problems as media issues). Consequently, the result of the research is an attempt to answer the question about the degree to which real world factors are reflected in the news media in Poland.