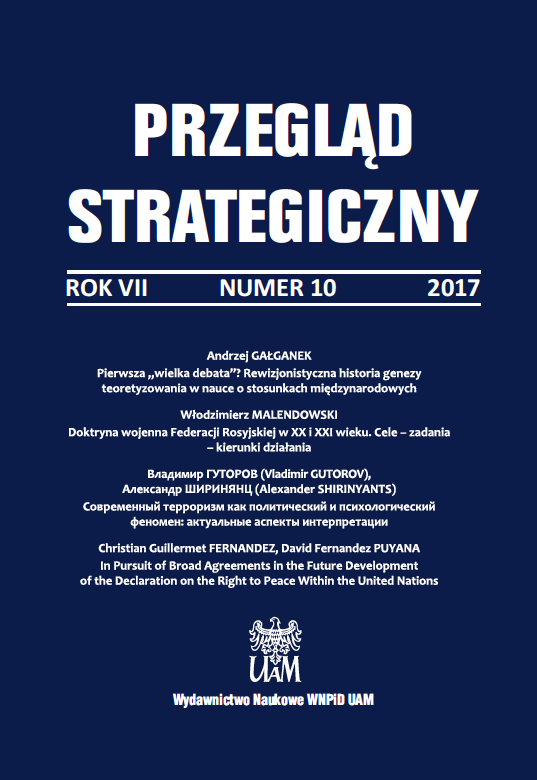 Summary/Abstract: After the WTC attacks in 2001, the international situation and security in the world has changed. The United States and its allies – including Poland – have started a war against global terrorism and got involved in the war in Afghanistan and Iraq. The economic crisis at the end of the first decade of the 21st century, the Arab Spring, the rise of the so-called Islamic State, the war in Ukraine and the refugee crisis have affected the state of security in Poland and in Europe. Since 2014 Poland’s foreign ministers have been forced to react to the most difficult geostrategic situation after 1989. The paper analyses the issue of security in the annual speeches of Poland’s foreign ministers. The research problem is the impact of the international situation on the contents of the ministers’ annual speeches in this regard.