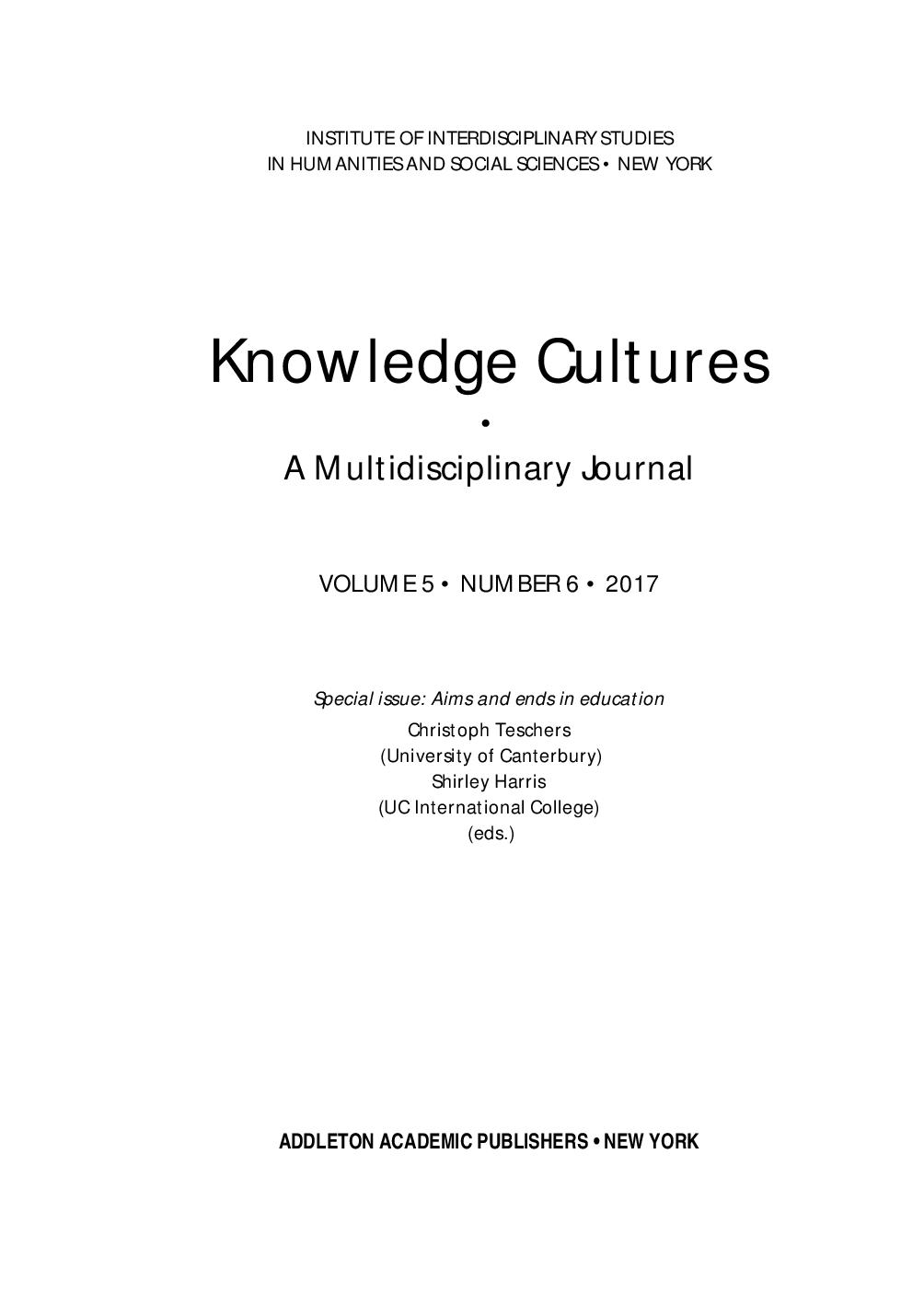 Summary/Abstract: Following the theme of a conference held in Christchurch, New Zealand in 2016, this article explores the notion of “enabling students to live a beautiful life” as a possible end of education. A distinction is made between short-term, contextual aims in education and overarching, encompassing end(s) of education. Following Dewey, educational aims are considered to be manifold and to change over time within a socio-cultural context, whereas a proper end of education, if such a thing exists, could be seen as “the best possible realization of humanity as humanity.” Drawing further on the work of R. S. Peters, who contests the existence of any final end of education other than education itself, it can be seen that proposing such an end can be a challenging undertaking. Nevertheless, this article argues for a possible humanistic end of education, building on Schmid’s philosophical concept of the art of living in conjunction with the German notion of Bildung and Aristotle’s concept of phronesis, consolidating Peter’s and Dewey’s positions. An argument is made that a, if not the end of education would be to support every person as much as reasonably possible to develop their own art of living and live a good and beautiful life. Resulting implications for schooling, curricula and education systems are explored to show how education understood in such way transcends theory into practice.