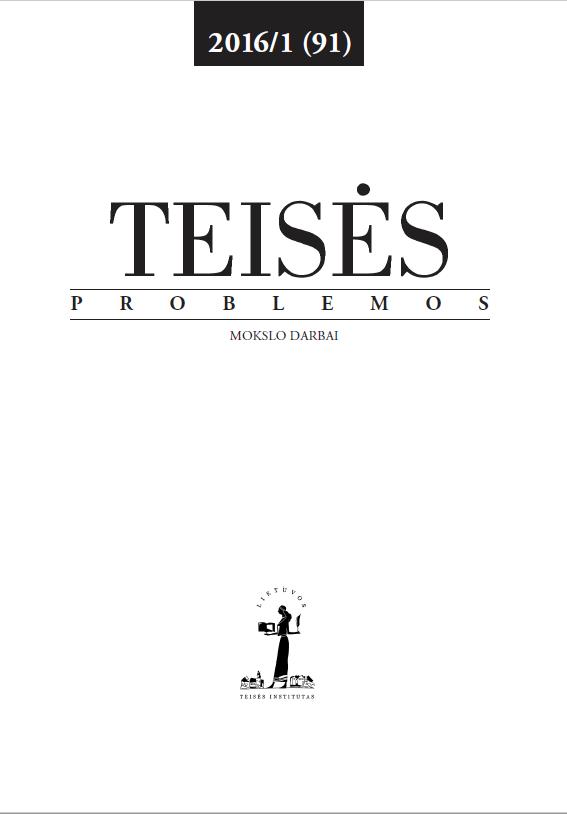 Summary/Abstract: The efficient control of trafficking of goods and other activities of “shadow economy” is among the priorities of the Program for 2012-2016 of the Government of the Republic of Lithuania. In order to control these phenomena effectively, among the other things, it is necessary to have the clear understanding of people who involve in these acts as well people get caught and punished by the law enforcement institutions. This article aims to describe the sociodemographic portrait of offenders who were punished for illegal trade of cigarettes. It also aims at showing the correlations between the characteristics of the offences and the properties of the offenders who commit them. The research analysis has been done on the basis of the 600 judgements in administrative cases of smuggling of cigarettes (Art. 210 of the Code of Administrative Offences) and 500 judgements in the cases on storage, transportation, usage or realization of cigarettes in violation of established procedures (Art. 163 of the Code of Administrative Offences) which came into force in 2013. Another source of data was 16 interviews with representatives of the law enforcement institutions (police officers, judges, prosecutors, officers of customs and State tax inspectorate). The results of the analysis showed that there are s ignificant socio-demographic differences among the offenders who had the different roles and functions in the cases of illegal trade of cigarettes. The higher level offenders, who control the main share of the illegal trade profits, involve socially vulnerable persons to execute lower chain functions (e. g. carrying the boxes of cigarettes, also work at the lowest retail level). The latter offenders face the highest risk of being detected and become the main targets of severe administrative sanctions (especially for repeated offences). Thus, the repressive pressure of the fight against illegal trade of cigarettes mainly affects these socially vulnerable persons instead of high profile offenders. The latter considerations and systemic analysis of the sanctions for illegal trafficking of excise goods allow to conclude that current sanctioning regime does not comply with the principle of social justice, proportionality and effectiveness. However the new Code on Administrative Infringements provides for significant positive reform of the sanctioning of illegal trafficking of excise goods.